If one thing I am fan, it is from all the scifi universes or at least from the best of them. Battlestar Galactica is one of them, I liked the old tv serie, the new tv series and now, few years ago, a new game was created by Black Lab Games and published by Slitherine. This new game is Battlestar Galactica Deadlock https://www.slitherine.com/game/battlestar-galactica-deadlock and it was published few years ago but it has been upgraded with new DLC adding more and more content, new units, new campaigns and more each year, at this moment, there are 5 DLC published, a lot of good stuff.

I do not go to lie you, I have the game and just three of these DLC by the moment. The reason is how I am not rich. But I know very well the game because I tested it when nobody knew the real name from the game. By this reason, some of the features from the game are thanks to my personal tastes. 😉 It is one of the curious things from to be a tester in a early stage from a game.

According to the info published in the Slitherine forums.

The new expansion introduces players to a new chapter of the First Cylon War. With the Cylons having overrun the Cyrannus system and Colonial Fleet having been disbanded, spontaneous revolts have broken out on Caprica and Tauron. Veterans and civilians alike band together to form resistance cells, and strike back at the invader. The rebellion’s hope lies in the secret reconstruction of the Battlestar Galactica.

It is from its deck that you will be leading your fleets in battle against the Cylons!

Resurrection is accompanied by the Command Update, a free update to the base game. Its main features are highly-requested features such as Multi-ship selection, Squadron groups hotkey assignment, a Revamp of the bullet system, and much more! You can read the full changelog here.

The Resurrection DLC and the Command Update are just the first milestone in our roadmap for Season 2. You can find more about our plans for the future by looking at this infographics.
What else? Well, in two days we will be celebrating the two years anniversary of the release of Battlestar Galactica Deadlock.

It sounds me very good. A new campaign. Sooner or later, I will buy it, probably when I receive my year discount, one of the good features from Slitherine and MatrixGames. Specially if you have been a member from its community for many time as I have been.

About the most interesting part, the game itself. It is turns game and it is very similar to Battletech http://battletechgame.com/ , another very good game. At these type of games, you have a part where you give strategy orders in a map, at BSG Deadlock, it is a galactic map, in BSGD, it is a galactic map with days as turns. Next, when you enter in combat with the enemy in one position of the map, you access a tactical mode where you give orders by turns and there is a complete and wonderful action mode between the turns where you see what happens after to give your orders to your ships.

Comparing BSGD with Battletech, it is better, at least the difficulty and the gameplay are a lot better because in my opinion Battletech has a good story, it is fun but the gameplay is bad because they added a too difficult combat mode, even with the last patches and DLCs, the game is too difficult for me and I have not finished the singleplayer campaign with increase a bit the damage from some of my weapons. But the story is very good.

BSGD has a very good story, similar, with different characters and events. It is very very good.

What about the combat? it is perfect, it remembers a lot to the last BSG tv-serie. Ships, fighters, stations, weapons, movement, everything remember to the last BSG.

What about the strategic part? you control the movements from your fleets, yes fleets, you do not control a single fleet, you control many more, all the fleets that you can build, you can recruit commanders for them, your units will win experience, the options are very big but without be too big. Just fun.

What is the bad point from the game? the strategic map and the amount of attacks from the enemy, they can be too much, however in the last versions, you can reduce it. But for me the number of random attacks from the Cylon can be a bit overwhelming. But with these random combats is where you win more points and you can use them building fleets and of course your commanders will win experience. Everything have a point in the game.

Another point, you can buy the main game and perhaps you have not bought all the DLC but the game is updated with more features. I considerer this type of the games the type of generational game with very good DLC. Most of the games published by Slitherine follow this rule and probably Close Combat Bloody First will have several DLC.

Other bad point from BSGD is the modding. There are not mods, it is a game created with the Unity3D engine and most of the games from this engine have not mod, some of them as Battletech let you edit the textures and code but not the models and all the other stuff.

Why has Unity3D games this problem? because if you want edit everything, the developer should share the compilation key. But a developer never would share freely it because people would get access to all the game, even it would be able to create their own game. Nobody want their games being stealed. By this reason Unity3D and mods are incompatible.

However Battlestar Galactic Deadlock does not need mods for to be played as a good game. There are games which without modding are bored and bad games. But it is a very fun. I really recomend you to play it. You will enjoy your hours destroying the Cylon. 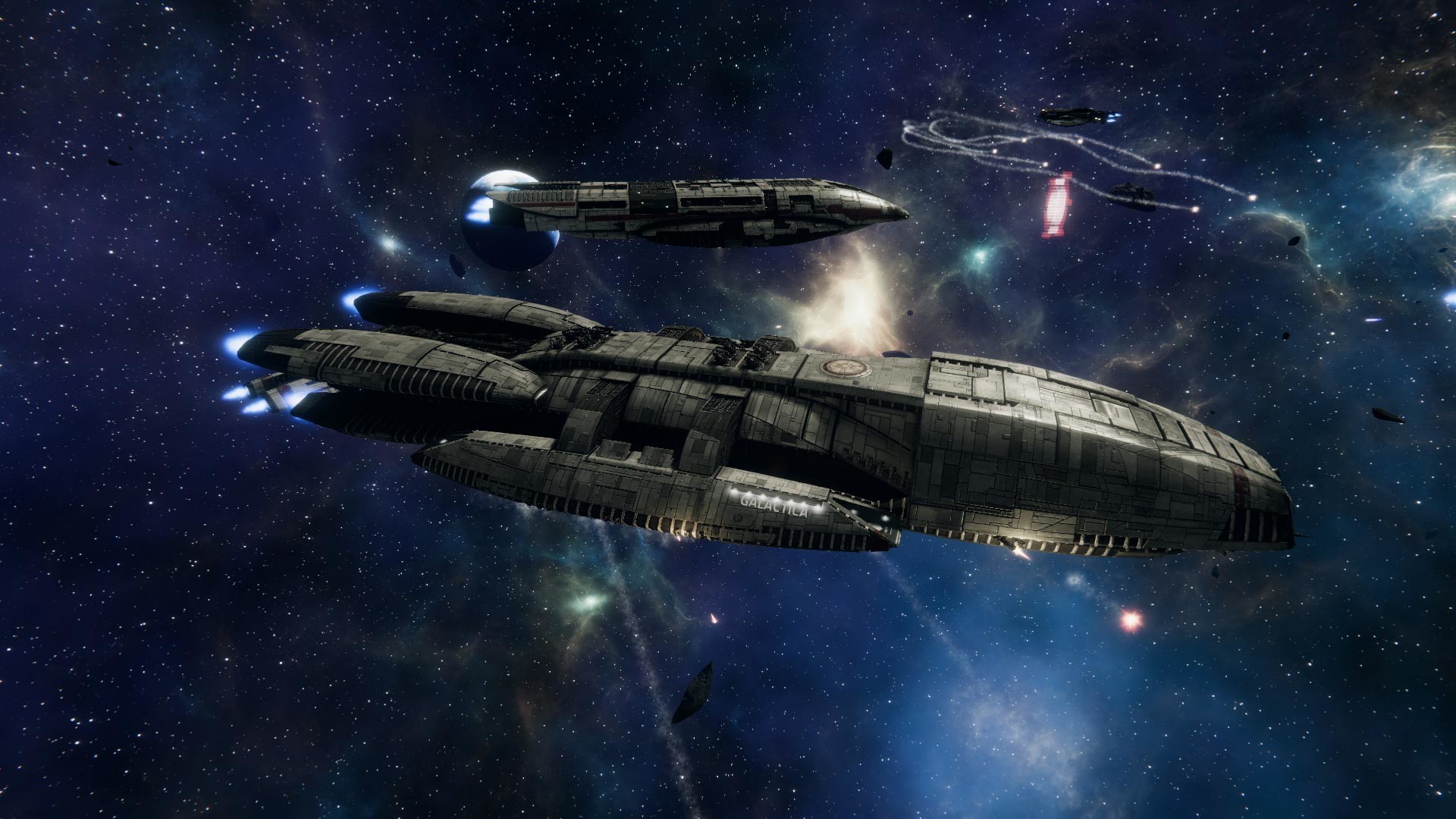 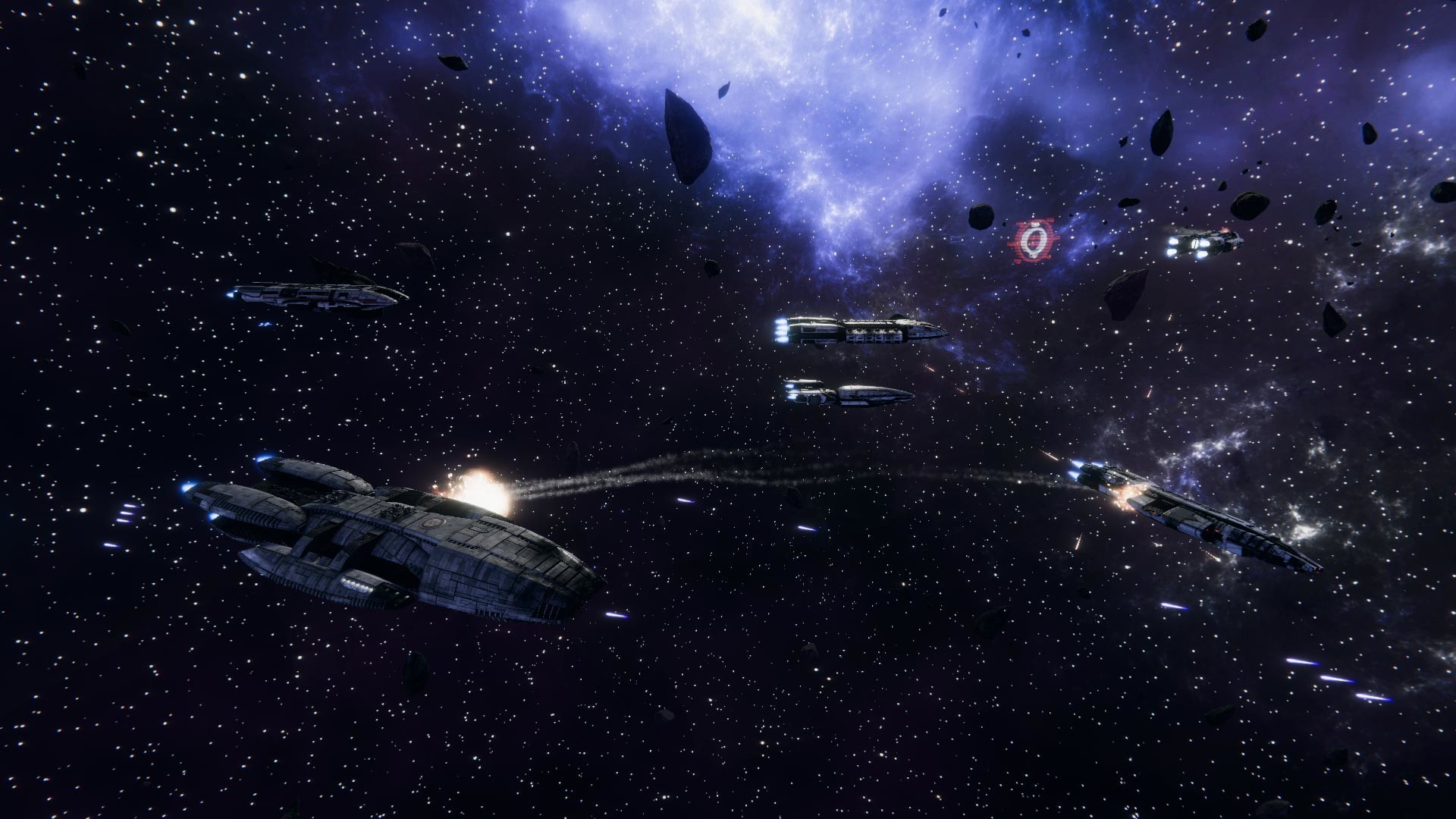