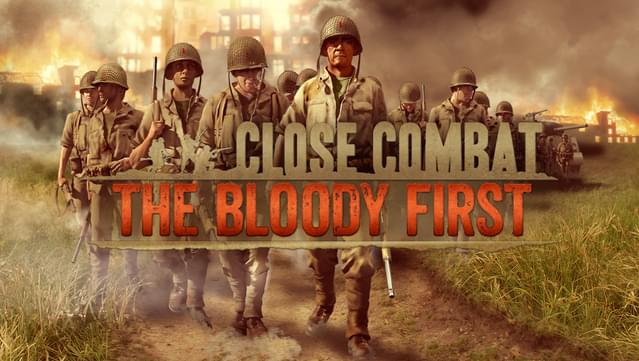 This is my first review from the game, showing mainly the gameplay. The main goals with this game were a good AI and a game played as the older CC games.

I have read some comments about other people saying how the AI is bad or how the game is a back to the past because we lose some capabilities comparting to the last CC games. These people are making bad reviews and they are not constructive. They are not thinking how the old CC games used all the same engine and it was used more 20 years. You can not wait jump to another engine, copy and paste everything, it is not logic.

In fact the old engine added more errors, several of them could not be fixed, ever.

Now the new TBF, it must be compared with the first CC1. It is a complete new game, new engine, everything new, the gameplay is equal to other CC, of course, we lost the strategic map and some more tiny features but the TBF was started from the scratch and it will be improved with the past of the time. It is a constructive opinion.

Well, saying these real facts, what is the CC TBF? the TBF is the last Close Combat, a RTS wargame. It lets you play a campaign, operations, battles following the 1st Infantry Division in the WWII, exactly its combats in Tunisia, Sicily and Normandy.

You can play with the Axis but your progress will not be reflected in the campaign/operations and it will be more as a defensive progress. Very similar to the CC3 at concept.

Each battle played with USA troops, you can replace, upgrade, add more teams. In the CC3, you made the same, the unique difference in campaign, it was how there were operations where one side or other was the attacker and even when you defended, you could move foward and win the operation, but if you was the defender, the victory was not saved and always you followed the real events.

You control several teams, even 22 different teams, there are infantry, tanks, trucks, scout vehicles, at guns, mortars, the list is very long. Before battles, you can choose them, depending from the difficulty selected, you can add more or less.

The battle. The most important part. This game as you can watch is different to other RTS games, it is realistic, teams have not a health bar. Your soldiers can be wounded or killed. They can get experience after battles. They can panic. The game shows all the real situations from the real combat.

Saying these things. The next part is discover the game, watch the video and look how it is very similar to other CC games. If you were older players from CC games, there are three or four things different. The first the view, in the past, we played with a 2D top view but always it was a bit isometric. By this reason the isometric view is probably the best here.

The other different thing is how even if you use keys, when you set a unit at defend, you must set the arc view from the team. It is a bit slower in the begining. But next you see how a team sneaking, it sets by default the ambush when it reachs the end of the movement order.

With the move order, teams will set defend after finish the movement. It is very useful and it saves a lot of time setting your teams in the battlefield.

Other different thing. The LOS. Before everything was 2D and there was a lot of walls, target a enemy unit from one corner of the map to other, it was impossible. Now, everything are in 3D. Your teams and the enemy can see the teams in the far positions of the map if there are a clear line of view. You can put a AT gun in a border and fire to the other part of a map.

Of course, the maps added in the game are very opened, specially in Africa. Without trees or houses, you can not wait too covert. You will see the enemy bullets flying over your troops easily.

The fast movement is not a great idea, take covert and sneak is a better option.

Other different thing is the movement, the older 2D engine added a lot of obstacles, the LOS was a disaster, the movement of troops was slow, even in small maps, it looked as a map from 200 meters x 200 meters was 10 km x 10 km because your troops were tired with few steps. At the end, all these things affect to the game speed and all the action can happens faster.

Vehicles? the older CC games had a very bad movement from vehicles. Now it is perfect. You will be surprised with the vehicles movement. Very realistic and a lot faster.

AI. The biggest problem from the older CC games. Even in the last where it was improved, it was a kamikaze AI, attacking you always in a World War Z mode, as crazies. But now it can sneak, ambush, wait you, of course, it is not a human player, but it is in the same level than other games with good AI. Now the game can be played at single player with a lot of fun.

Well, now I recomend you watch the video and tell me if all these things commented before are not true.

In addition, this game will add full modding capabilities with a complete map editor where you can edit the code, replace or add new 3D objects and more, much more.