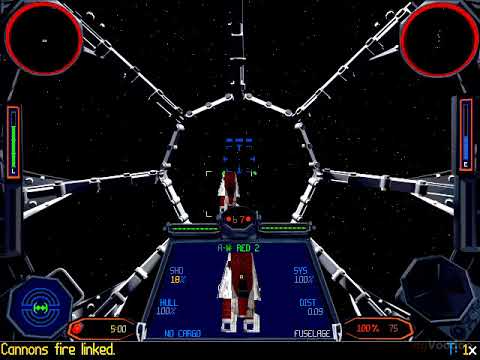 By unknown reasons, I lost the recordings from missions 1 & 2 from the Campaign 5. As a example about them, they can be played in the combat simulator. I did not record both at 100% because my time playing this is limited for to repeat these missions but you can get a good view about them.

All the other missions from campaign 5 were recorded without problems

I have not showed more missions for many time but curiously, I recorded it time ago. But I will try finish it. Even if I need a year. 🙂

The campaign 5 goal is capture Admiral Harkov. This is one of the missions which I will add in the campaign from my FOC Alliance mod in time. Of course, instead from several missions, I go to make one joining all the missions. It should not be too difficult.

Other addition from the TIE Fighter to the SW campaign from FOC Alliance can be the videos receiving medals and from the Secret Order. I have recorded all them by the moment thinking in their addition in the mod. 🙂