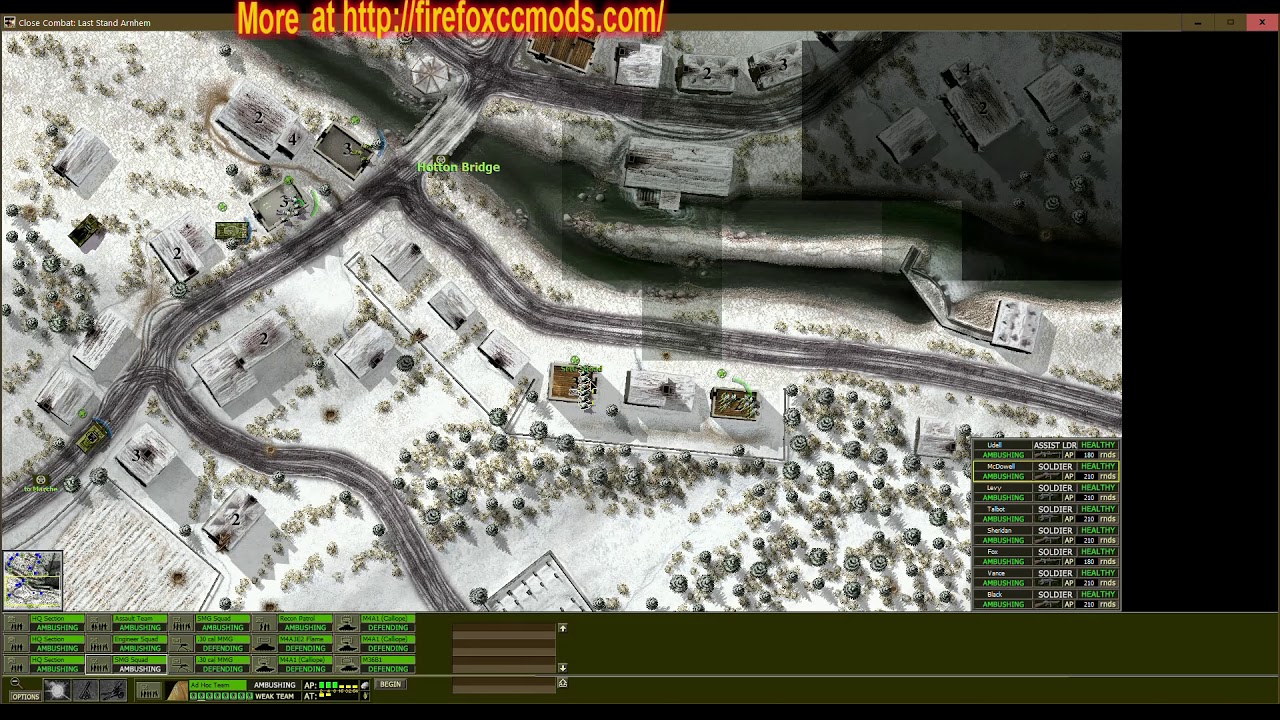 After I played the last version from the Close Combat Last Stand Arnhem, the v6.00.01, I had the idea from import the stuff from my mod VetBoB for the Close Combat Wacht am Rhein because the last LSA update adds several new features as scale the UI, it runs in full screen in Windows 10 and it has several other additions. I know, I am not the first trying this but never I made it by myself. When the LSA was released, I was thinking in other things and I was a bit tired from modding CC games. But now with the coming soon release from the Close Combat Bloody First, I returned to my origins temporaly, at least thinking in lose some of time playing some different. At the same time, I needed by other unknown reasons for you 😉 remember how the old CC games were, I have not played this for years.

As you can watch, the LSA has night battles, I like them a lot, the effects and more, specially because I added the GTC effects, thanks to somebody who he imported them inside LSA. Now explosions and more are beautiful, even the vehicles has engines releasing smoke, not bad and very fun everything.

At least by the moment, it will be a private mod, just a thing created at few days where I do not go to change all the screens and the thousands of small images from the game, just I want play a BoB campaign with this. It is not finished, the fpools are a bit different and complex, I must fix some bad things from the old data and improve everything for this game, it will not take me too many time. Just one or two days where I will clean my head from too many time making other things. I will not forget my EAW mods, just I want play more things. 😉