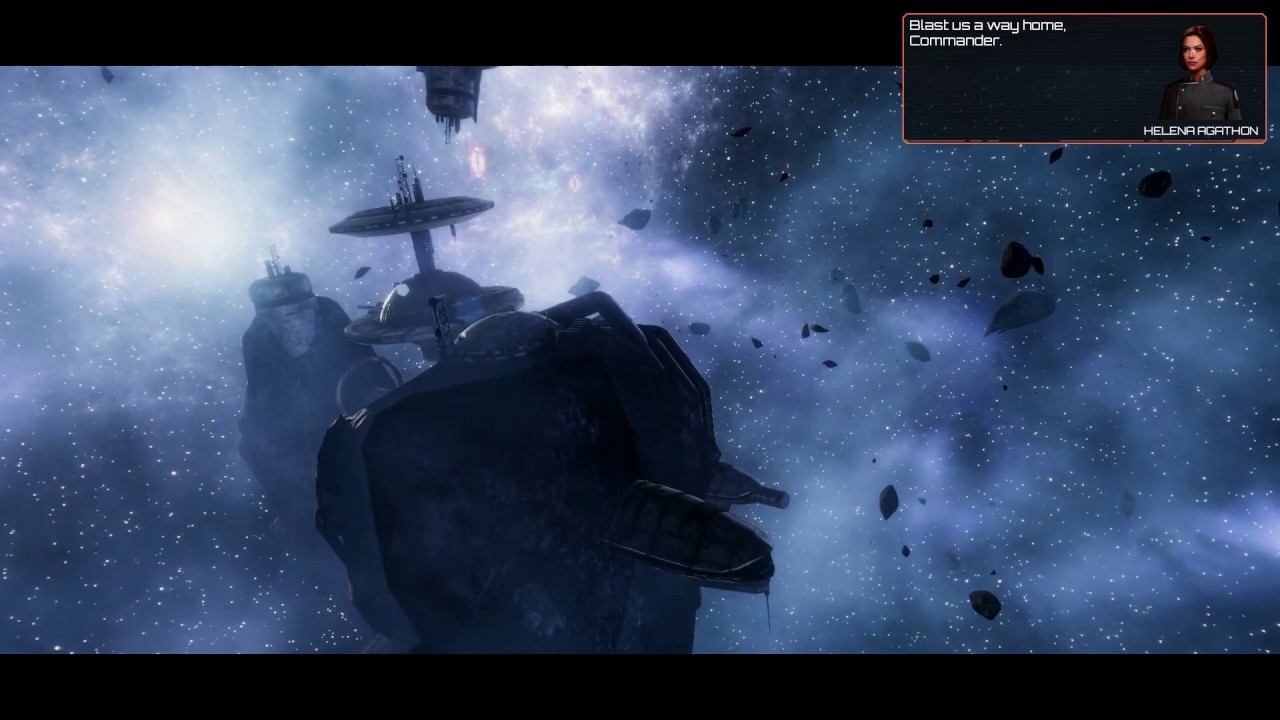 This game remembers a lot to the EAW because it adds the galactic map or strategic map where you can give orders to your fleets. There are not only campaign missions, there are additional special missions where you can get more points and random battles where you must fight against different Cylon fleets.

Both are very important when you can get fleet commanders because you will win extra points with them. You will need this points if you want upgrade your commanders.

As you can see in the mission campaign 3, I have played this mission too much before and I remember how the Cylon launchs a surprise attack in the middle of the battle. With 6 starships in my fleet, I have more than enough units for to protect the shipyard and attack the enemy carriers.

When you play a alpha/beta version, you start things as the campaigns many many times. Perhaps it is the problem from some test. At the end, you finish your duty bored from the game. When it had been better if each tester had received and played a different part.

The same has happened me with the Close Combat Bloody First. The game is very good but I am a bit tired from it after more of one year playing it. But I will play the game in the future again, for sure. 😉

I added the camera records in the end of the battles, it is perfect. Everything looks as if you are watching the last BSG tv serie, the ship explosions, the engines, the movement from fighters, everything.