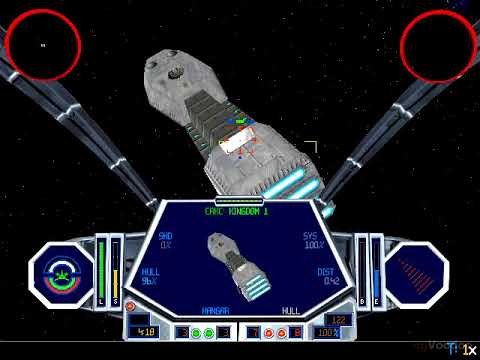 A difficult campaign. Many missions with the Gunboat but a bit upgraded with the tractor beam. Thanks to it, it is a much better ship. Anyway, this campaign is the learning path for the campaigns where you will play with the Missile Gunboat. The Missile Gunboat is a Gunboat upgraded with four big proyectile launchers where you can add even 80 missiles. More than enough for a good battle firing them in all type of enemies.

Finally you will flight with the Missile Gunboat in the final missions but even if the ship is very powerful, there is an attack in a Pirate Loronar Strike Cruiser which it can be very difficult if you do not help a lot to other units in the mission. There were some gunboats trying disable it but really they will be destroyed by the Cruiser before they disable the enemy ship and without a ion gun, you will not be able to finish the mission. I needed several missions for to discover it.

At this campaign, I needed repeat several missions and many of them were finished reading the special instructions given by the commander in the debriefing when you fail a mission. More or less, each mission has several triggers which if you make in the correct order, you will be success. There are not too random things.

Other point is how this campaign was part from one of the old expansions from the game and I would considerer it a bit poor in detail. It is fun but less deep in the story than others.