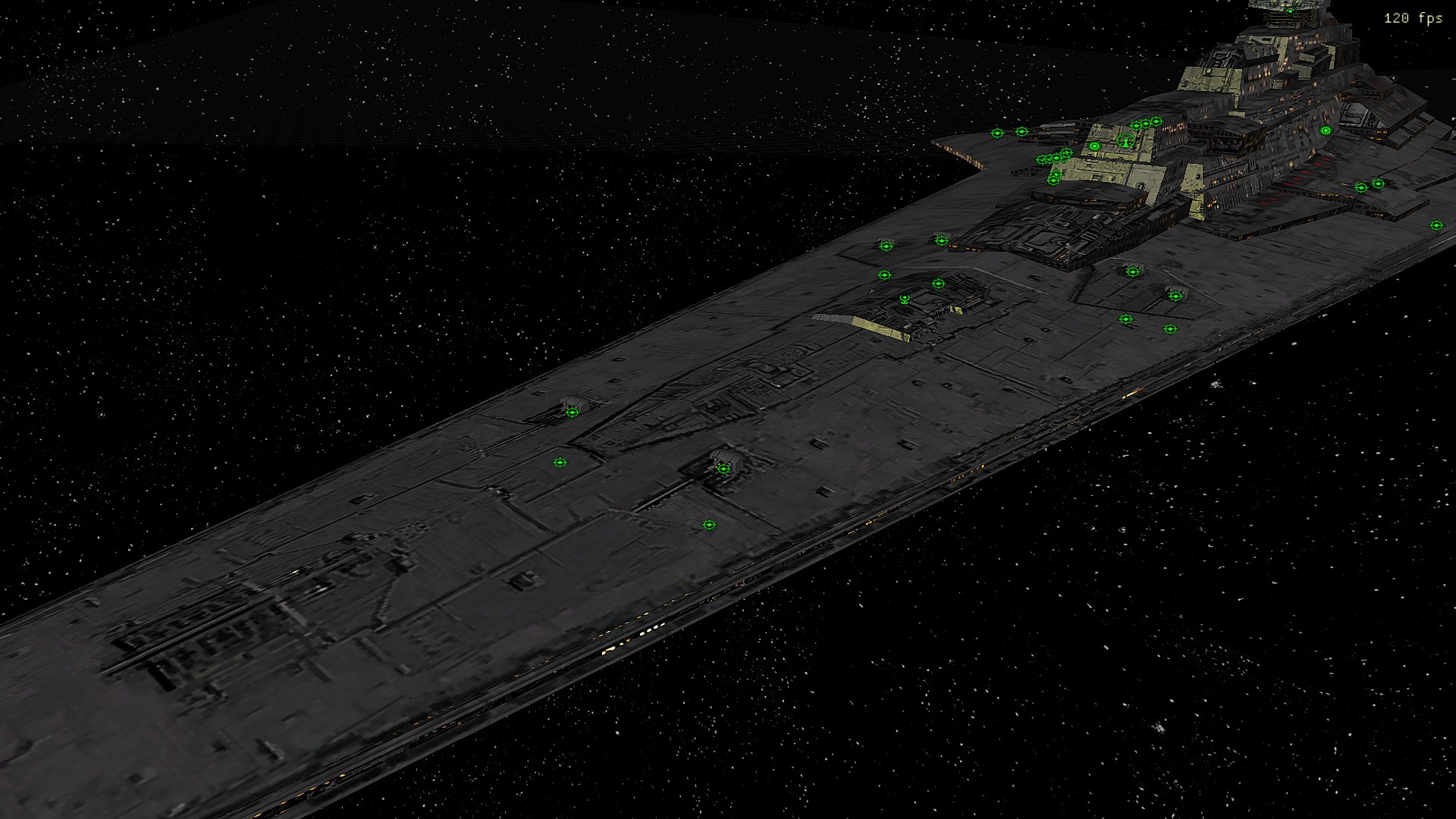 This big unit with two versions gets its ration of turrets.Being less powerful than the Bellator or the Warhammer, it gets 36 new weapons. However, it fires the named by me as Gauss weapon, a less range but more damage proyectile. The two versions from the ship have different weapons. Of course there are other weapons in all the units, missile, rocket, torpedo launchers, AA weapons and others continue in all the units, only the big weapons are being added in turrets. 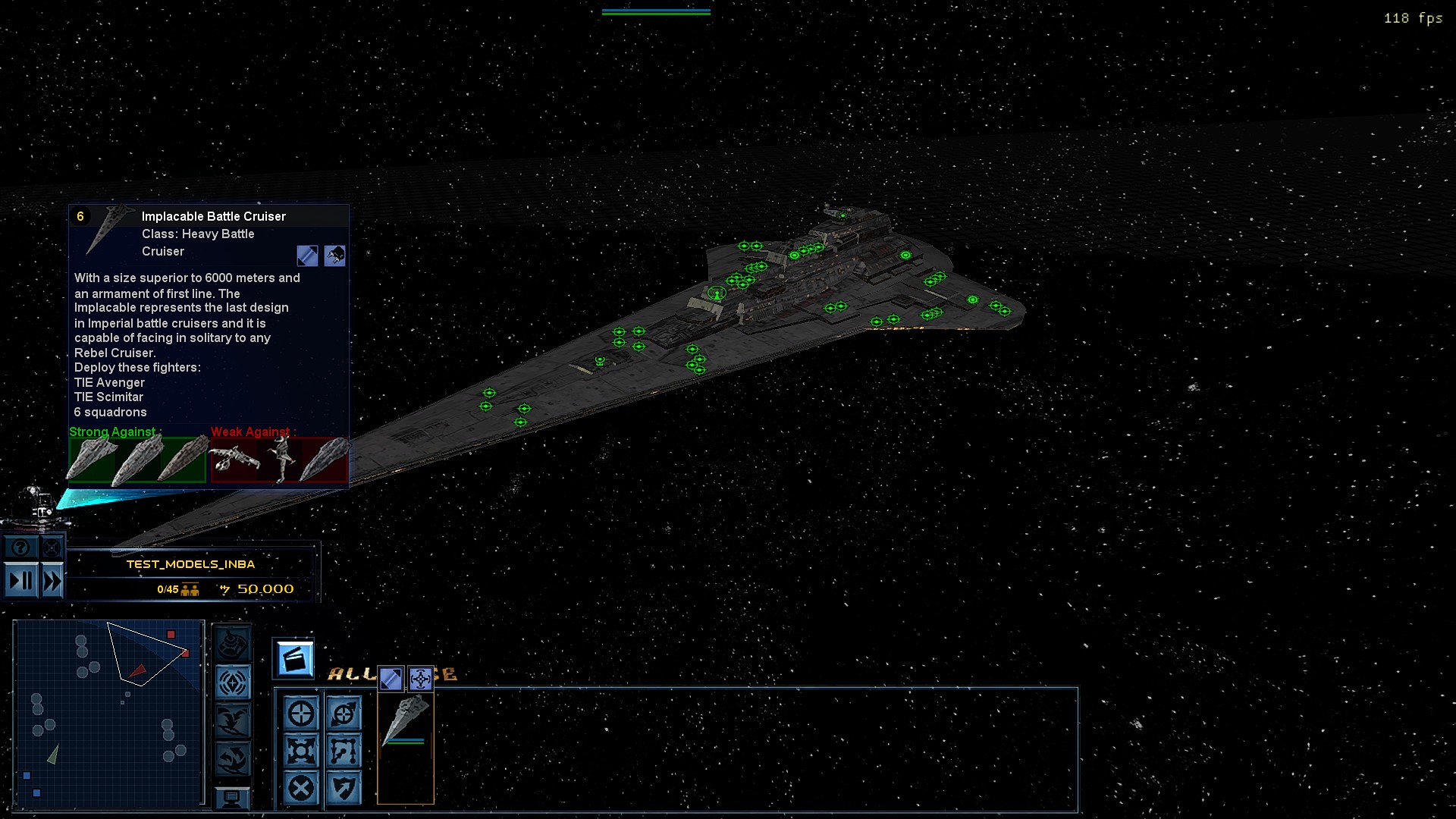