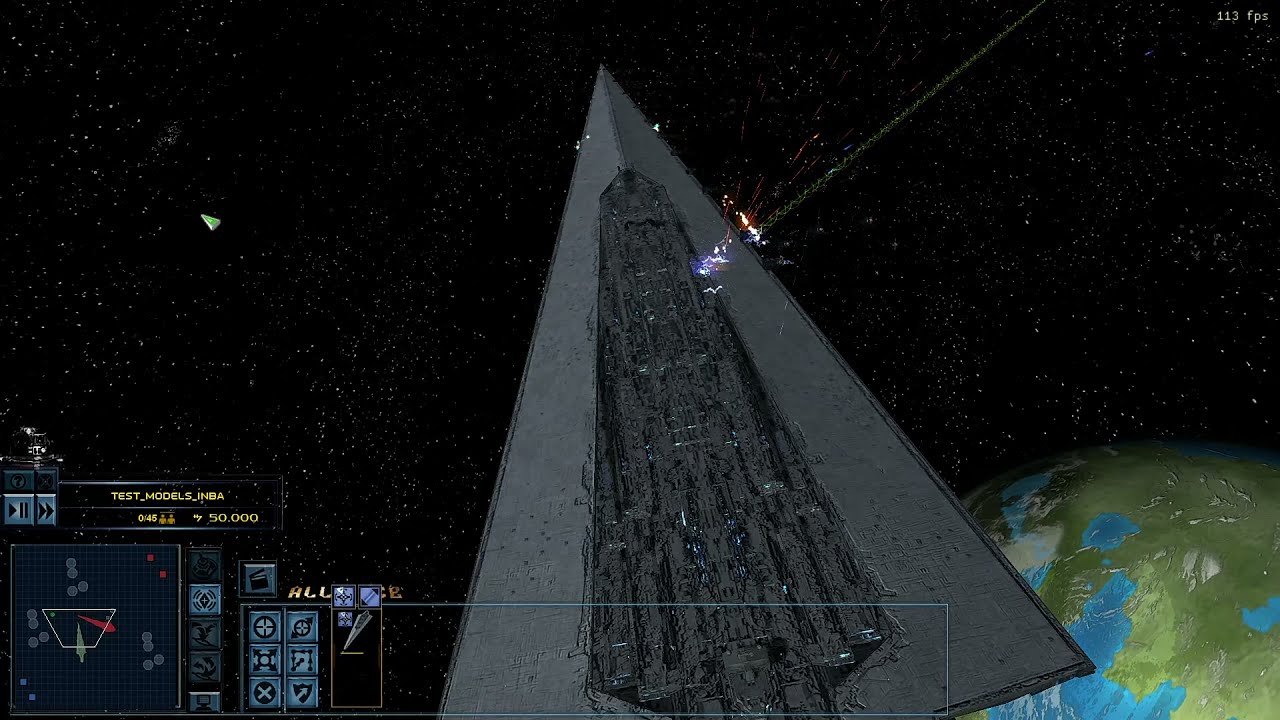 This is a example from the last work added this week. Some of the most powerful ships in the mod upgraded with a big amount of new weapons, these weapons are turrets with movement.

The SSD MKI adds over 70 turrets, the MC104 72. In a mod where the shields resistance is given by the amount of shots get by them before they are broken, it is a lot of power for these ships.

In a first moment, I added 104 turrets to the SSD Executor type but the positions were too close and worse. In fact, I had made a bad study from the amount of weapons because I believed in a first moment how the Executor type should be most powerful than a Bellator, Warhammer or Mandator III but it was a mistake because these ships are very advanced and they can be considered pocket SSD. Being older, the Executor type could not have many more weapons.

Anyway, now, when you be attacked by these things escorted by five ships only, you will be in a big trouble and when you use them, you will be very happy. 😛

These type of ships should be in the Rise of Skywalker and not the stupid ISD with a weapon as a Death Star………it is very stupid discover some like that in a film.

Another additions from the mod are the MC112 with over 50 turrets and the MC108 with 44 more or less, I do not remember the exact numbers. But they are much more powerful.

For the Black Sun, I have made the Kedalbe with 25 turrets, the Kedalbe MKII with 30 and the MKIII with some changes in the textures adding 34 turrets but a bit more powerful than its smaller brothers. The next will be work with the Megator. Similar in power to one Assertor probably or a bit less. The Viscount, Eclipses, Sovereign and Imperium will come after it with a lot of more power than now.