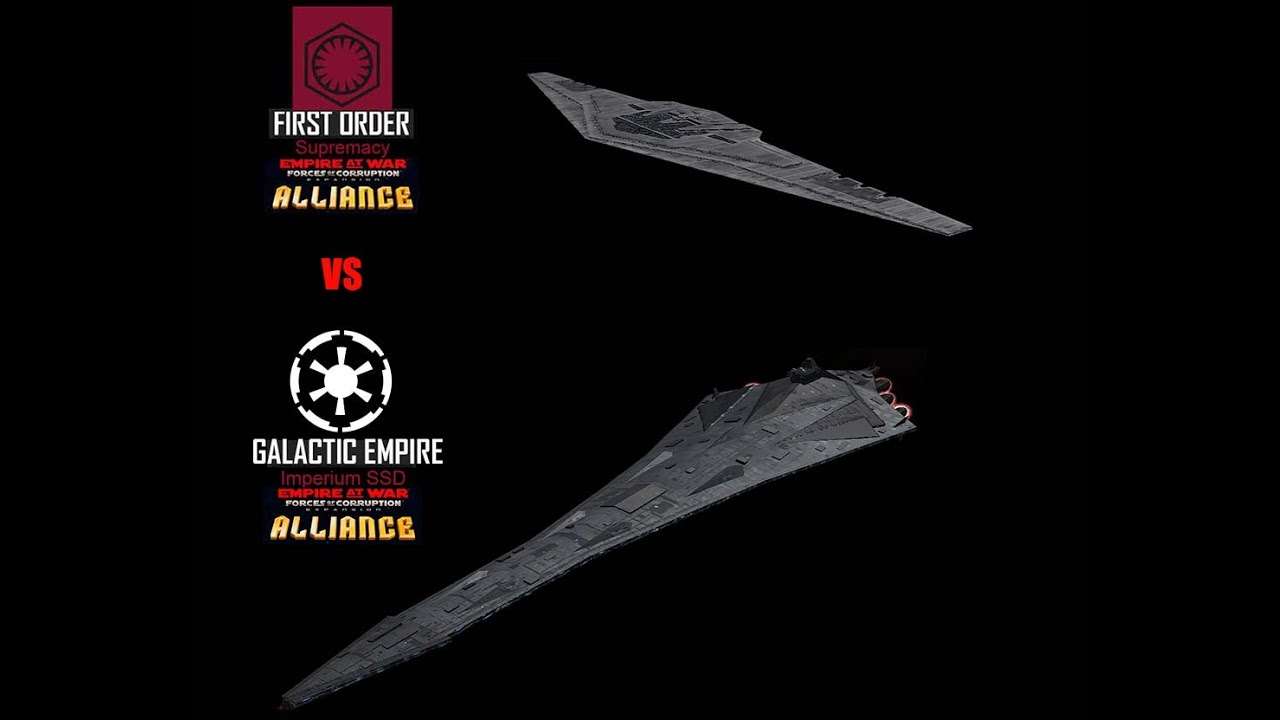 Well, it is time from to show the ship vs ship battle between the most powerful Imperial ships, at least in number of weapons. The Supremacy has 224 turrets and the Imperium has 171. Both with different type of weapons and a big range.

The Supremacy has a big advantage because it can target enemies in the front with most of its weapons. The Imperium can target units mostly with the half of weapons at the same time. Clearly a big disavantage from its design.

In the end of the battle, the Supremacy was winning but the Imperium has other big advantage, the super laser, one shot and it can send to the hell the Supremacy. Have fun.

I remember you how these ships can not be bigger in game because it does not let bigger units.

●FirefoxCCMods Discord https://discord.gg/QCZaHm6
●All the progress about the mod►http://firefoxccmods.proboards.com/thread/36/foc-alliance-rebellion-progress
●Suggestions►http://firefoxccmods.proboards.com/thread/58/foc-alliance-rebellion-suggestions
(It is a free open forum, You can answer any thread without registration)
●Download the mod in EAW Steam Workshop►https://steamcommunity.com/sharedfiles/filedetails/?id=1241979729