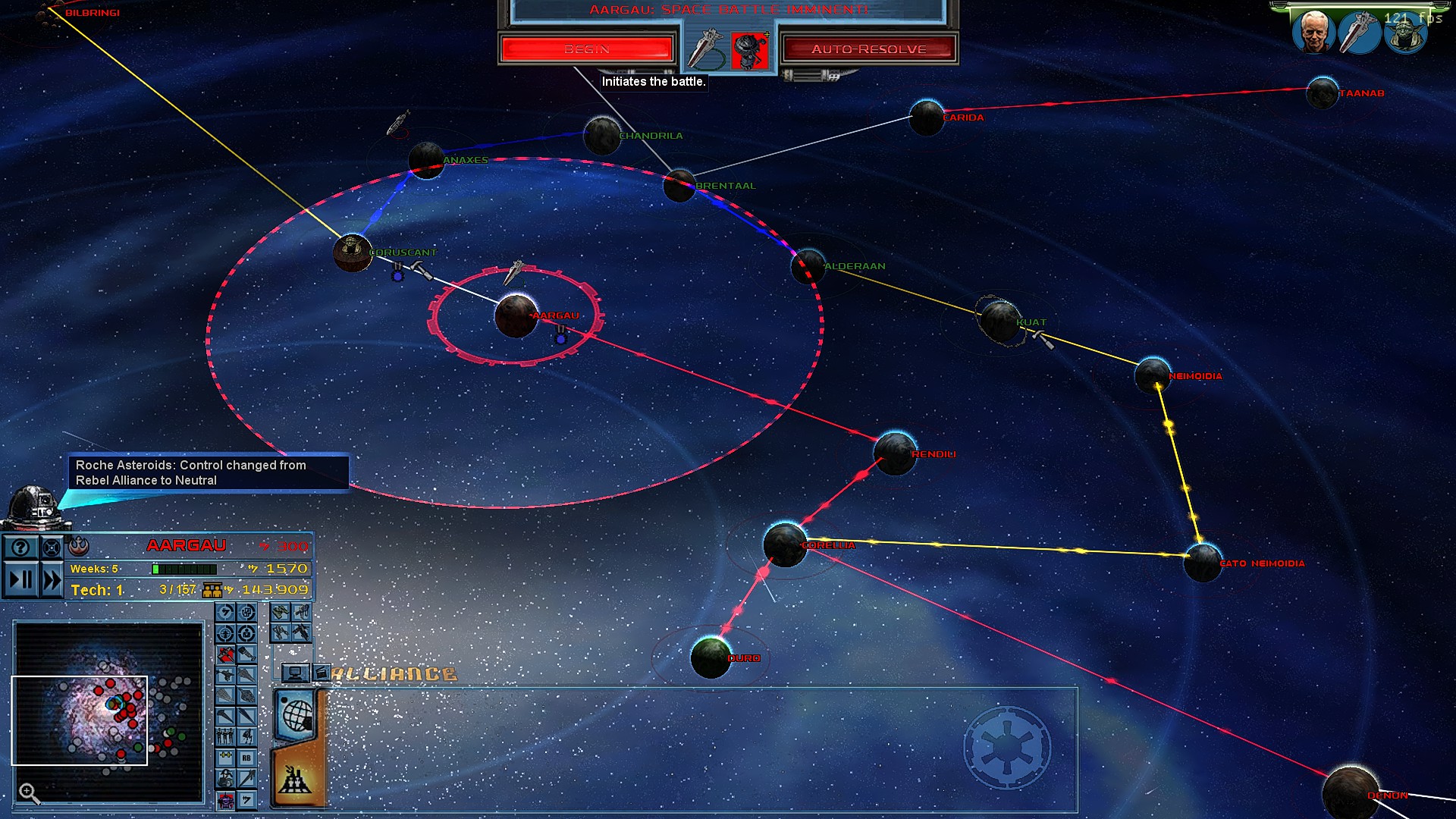 Lately I am trying develop a new type of GC, it is one thing never made in EAW, at least as I want make, without to create a mess looking as a piece of shit,  and by this reason, I must create some new features.

The new GC is a Rebellion GC where you will have special Research options but starting in the Clone Wars and finishing in the Legacy era. I will require several big changes in the Empire and Rebel factions from the mod, perhaps even in more factions.

One of the biggest changes is the main Starbases and how by default, they will not add reinforces. My idea is build an additional space structure spawning the reinforces. Playing in the Rebellion GC part from Clone Wars era, these stations will be the Stations from Republic and CIS factions. The same concept for the Legacy era. But with the Galactic Civil War era, the Empire and Rebel factions will build another type of station or module adding the reinforces. It will be a cheaper thing than the Starbase.

There will be heroes from the different eras but probably most of them or all them will be Generic. It is better for a complete kill or remove from the GC.

Ground buildings will be the buildings from each faction in each era, the same happens with other stations.

At the same time, you will continue playing without problems all the old GCs from Clone Wars and from the Galactic Empire, these factions will add some of the new features from Starbases and reinforces.

All these changes are a small price by to get a GC where I can add a story mode from Clone Wars or Legacy era. At the end, I will be able to make a campaign from these eras.

Before you watch the video, remember how it is a very early version from it.

Other point, I am making it in some separate files as a testing, without break the previously release mod. In time when it is finished, I will joint it. Clearly it goes to take many many time, weeks, months, years, who knows….perhaps even it is impossible! 😉