A new ground model. I should have made it many years ago but I always put it in rest because it was a model mostly thought for the Mon Calamari ground missions. In fact I started the model several times but never I finished before today.

About the model, very simple, mainly based in the images from the Dark Empire comics as by example this. 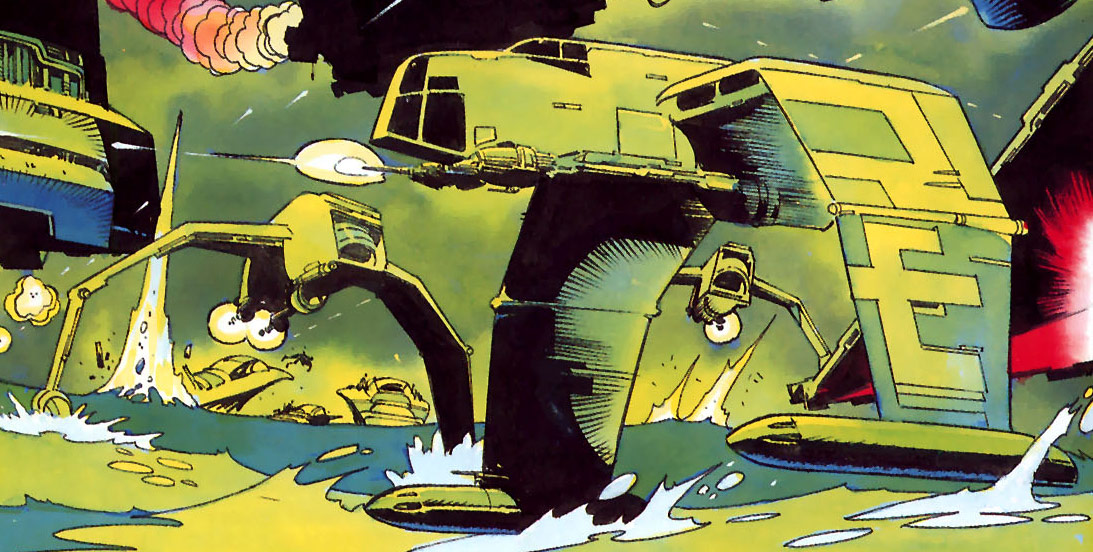 It was hover vehicle thought for water but in the game will be a hover vehicle. It will be used clearly in the Mon Calamari mission but there are not reason for do not build it as a normal unit. If I would make it as only a water vehicle, it would be very useless because in the water there are not anything, not structures, nothing, just water. 😉

A very good addition for the game, not the bullshit from the last films. 😀