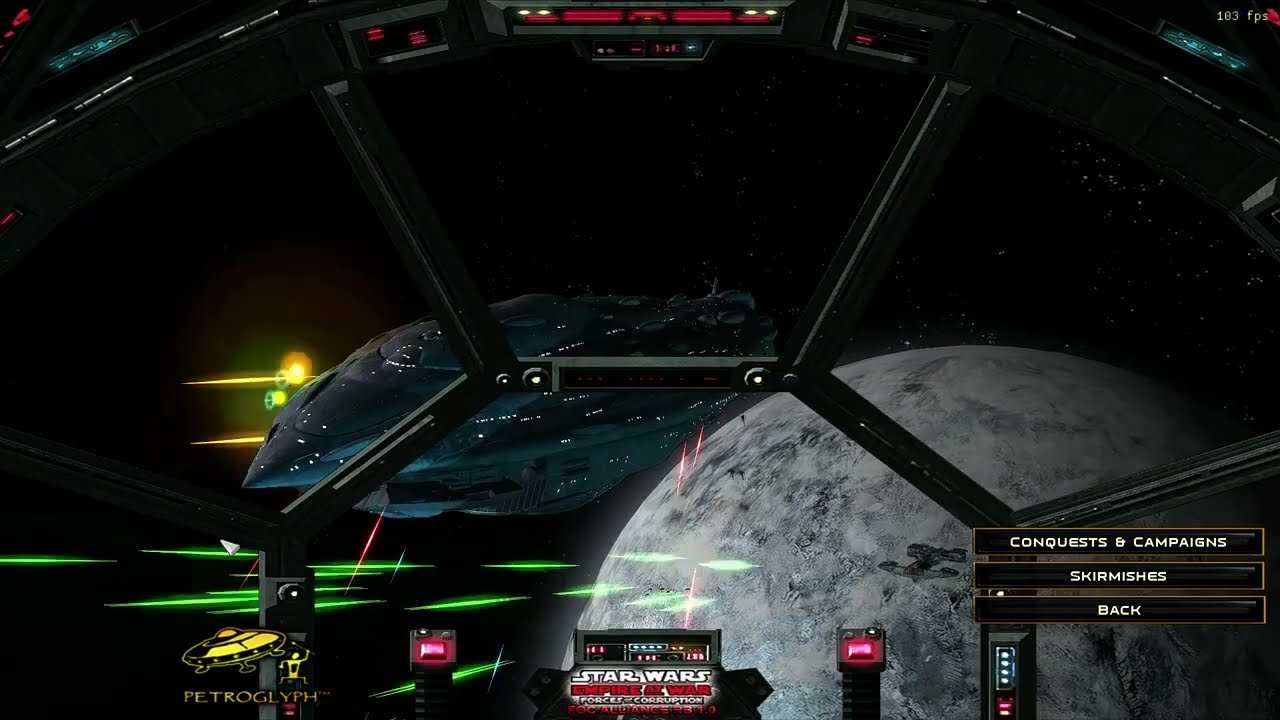 With the addition in the mod from the AQ5 Waveskimmer, the next step was add this units in this mission. The begining do not change, you have the same units but now you will get the reinforces after destroy two landing plattforms. Obviously part of the reinforces are the AQ5.

The AQ5 is a medium vehicle, well armed, medium armor and fast. For a non too far future, I have been thinking the addition from this vehicle from Rebel Alliance, these Mon Calamari boats can be a very good replacement for some of the vehicles added in the mission. I would make them without the troops inside because if I would add them, they would not be nothing more than pure cosmetic without movement. But they would be very fun and probably they can be used as normal hovers in other planets with the exception from be builded only in Mon Calamari. 😉

The begining from the video is background battle between the Raddus fleet and the Supremacy. You can note the changes in the Supremacy.