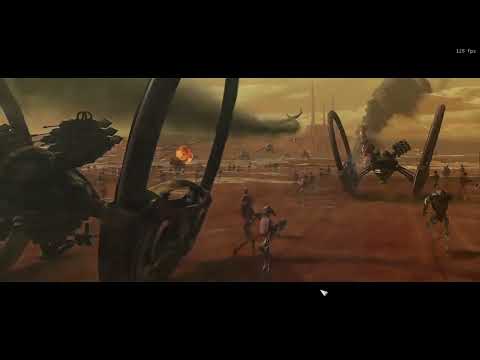 Time to test more improves in the new All Era GC. This time, I have added a new intro video for the GC. Starting the GC with the Clone Wars, it was more logic some like this.

Today I have been checking the Rebel part, adding some improves and checking several features. Even I have made improves in the space combat preventing the Lucrehulks from rotate their turrets too much.

Now thinking, I should continue adding other units with turrets. But I am involved in some secret par and I have not enough time for all.

Speaking from secrets, the GC will add an alternate time line which you will be able to choose in some point of the GC. This part will block some parts as the Legacy era ending. You can imagine a bit about what I have added but you have very few changes from to discover everything. Very few.

At the same time, there will be one or two or three other time lines but they will follow the normal path finishing with the Legacy era.

At this moment, I have made many of the things and just I must complete some small parts which they require special units. As I said before, the GC will add some new units, several probably. But some of them are very special, new at many ways. 😉