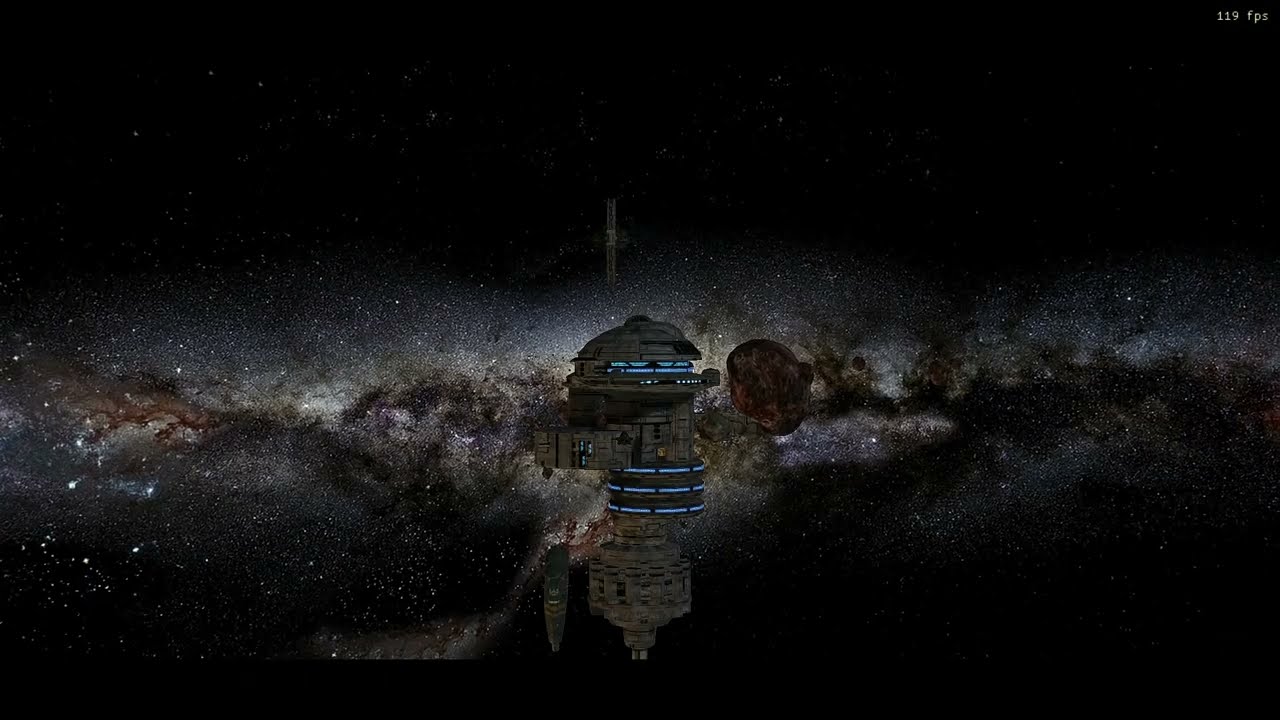 It is time to check more the space combat and the change of eras. The first is easy but the second goes to take some of time. Because I need conquer some planets. When I conquer them, it will activate the order 66 where the enemy will lose some heroes and I will win some of them. After it, the game will need few more of 10 weeks for to execute the change of era and obviously you will lose the CIS heroes. The time after it, it will be the Galactic Empire.

About  the space combat, as I said before in other post, in the CW era, the Starbase spawns in any level CIS units. This GC will require some special maps where the space
structures be correct according the time era. Probably I will add some customized planets for it. Customized in the space maps, perhaps even in ground maps.

But the next time that you watch a in game battle, you will see one thing very different because I have been thinking to resolve the problem with the Supremacy scale. The Supremacy has 60km from the left to the right. But with the scale showed now in the game, it is smaller. Solution? reduce to the half the scale from most of the things in space battles. With this Supremacy would be as 4.6+- Executor class, always thinking in how I use the 12900 meters lenght.

There are not anything saying really another thing. the 19km is a size just written by somebody in a guide, somebody who he has not seen more than the model in his mind. I have the original comparations with the model in film and 12900 is more exact. With this other units as the Eclipse or Sovereign are bigger.

Now remembering, in the newer books named Aftermath, the Eclipse is a Executor class as the Ravager, another SSD from the last days of the Empire. Just a curious thought from the moment. 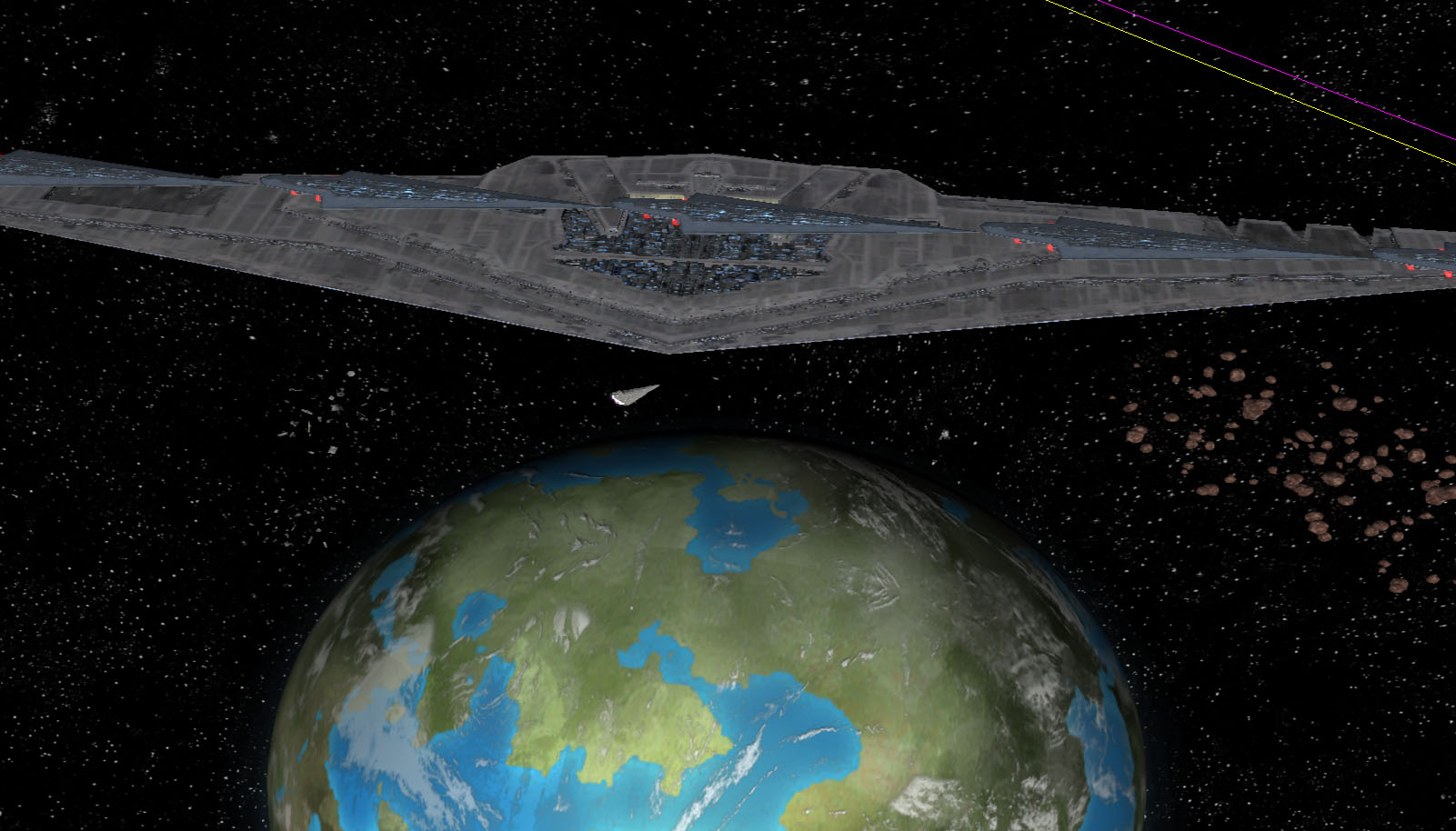 This test from the image was made in the map editor. The main problem from reduce scale can be the fighters, however, they were smaller in the begining. Another problem is how several things must be reduced as the lights from engines. But if you reduce to the half all the models, it is not a big trouble. Just I should edit 100 models more or less…… 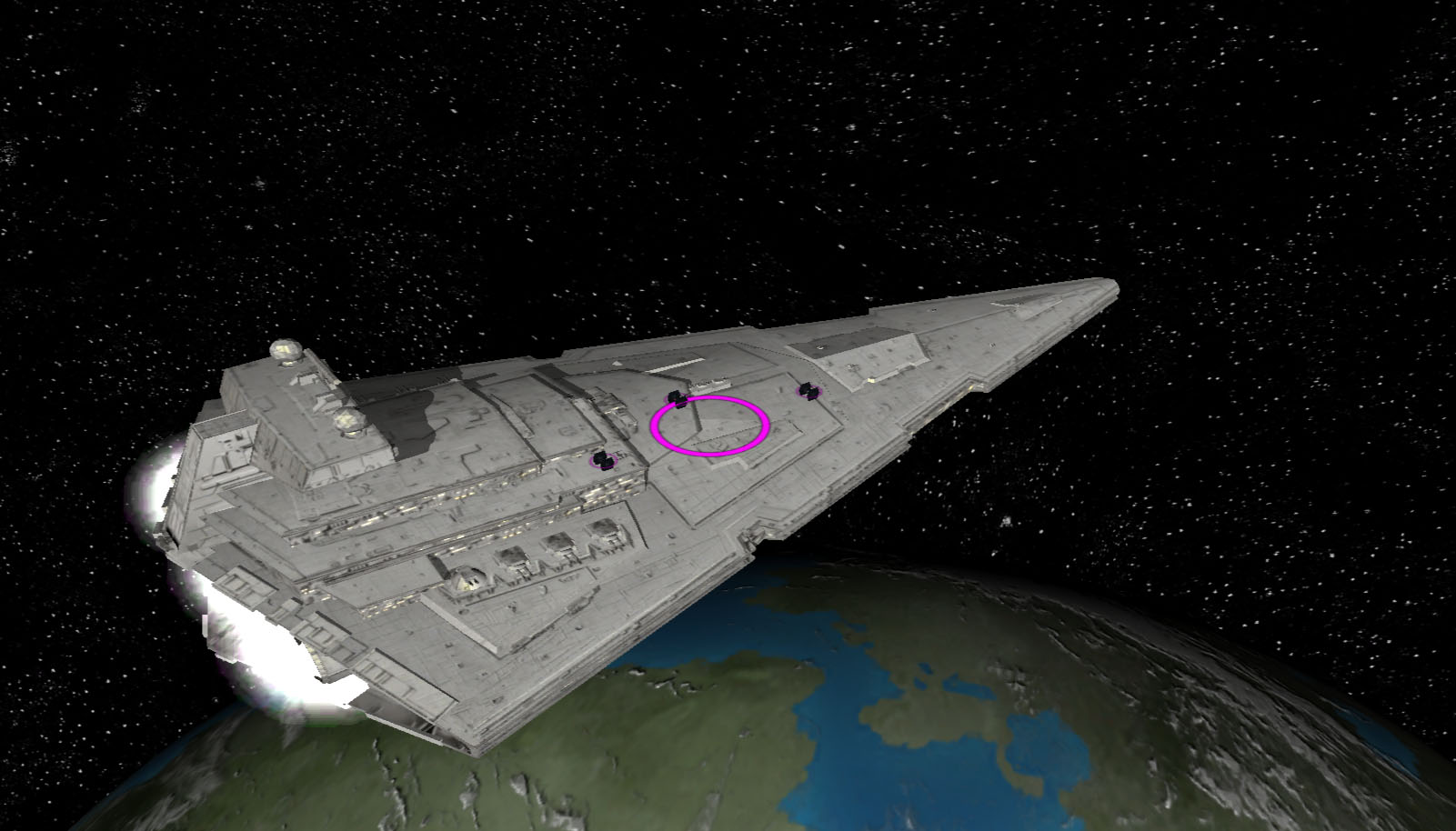 Big problems? probably the small ships as the Corellian Corvette or the Millenium Falcon, and the zoom can be a big trouble. I need test it. At least the change of scale deserves test it. Ah, some old computers or poor perhaps can not handle the change of scale and the zoom, at the same time, the tipical blink in shadows can be worse. All this must be tested in game.