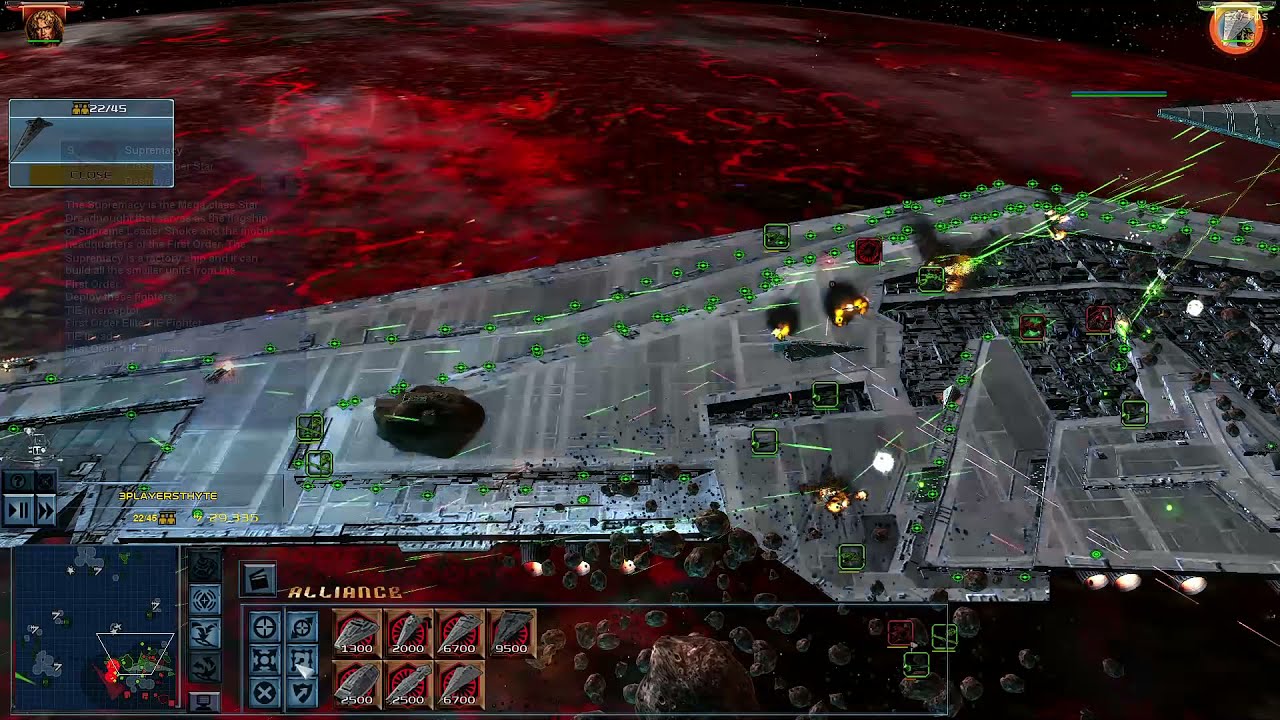 From time to time, I make big updates in the design. This can be considered another. This update is the change of scale, with exception from some big units and space props.

I have been thinking in this update from the begining but I was worried about somethings. If the computer hardware can handle it, it can be one of them. The other is how the smaller units would look. The third is if a star destroyer would be less massive.

Everything are the half from its previous size than before and it looks less massive yes.

The exceptions in the change of scale are the Supremacy, asteroids, space rocks, some big stations, Death Starand other big things.

Another thing under work is the light engines, I must edit all them and it takes time

The half scale improves a lot the movement from ships. However fighters and some small ships are a lot smaller. In previous scale, the fighters did not use a realistic scale because
they would be too small. I am thinking if I should increase their size or do not reduce it. At some situations they would look very big but it would be better for your eyes.

Small ships are now much more smaller, problem or better? it goes to be a matter of tastes, probably. You always can look them in the camera.

With all, now the Supremacy, now it is perfect. More or less as 4 and a half Executor (12900 meters). As I said before the 19km executor has not any logic when
the previous size was 12900 meters. Just it was changed because somebody added the size in a guide, just it.

Another possible improve in scale is the size from proyectiles, can be and can not be.
Probably some of them.

Anyway, I go to try it with the change of fighters and some small ships without changes. I want see the TIE Fighters and X-Wings crossing over the Super Star Destroyers.