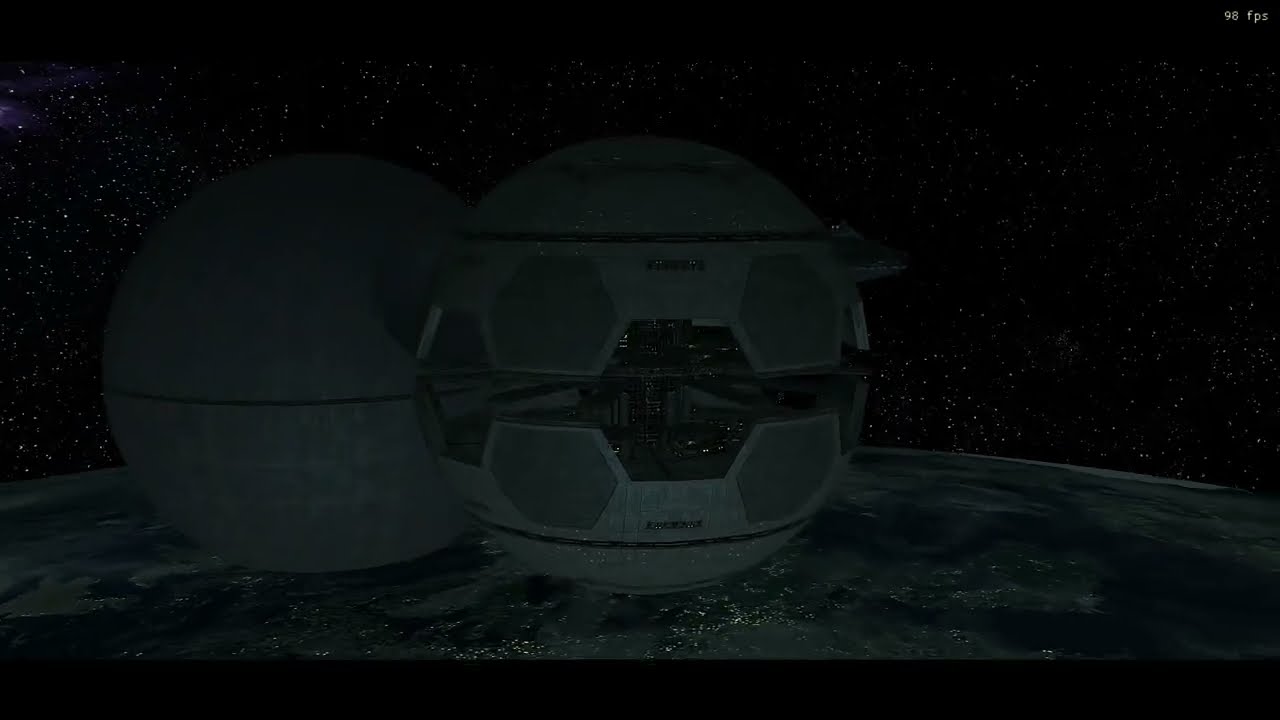 Time to test the Super Weapons with the change of scale, starting by the Death Star. Now it is a lot bigger and it looks as a monster when you compare it with other ships as the Super Star Destroyers or Star Destroyers.

Probably the Death Star is so big than it enters sometimes in conflict with other units or even a planets, improve it goes to take a lot of time, there are many planets and units in different configurations.

But it looks awesome! The Star Destroyers look a lot smaller against these monsters and the global view remembers to the films or comics. The change of scale is a big addition!