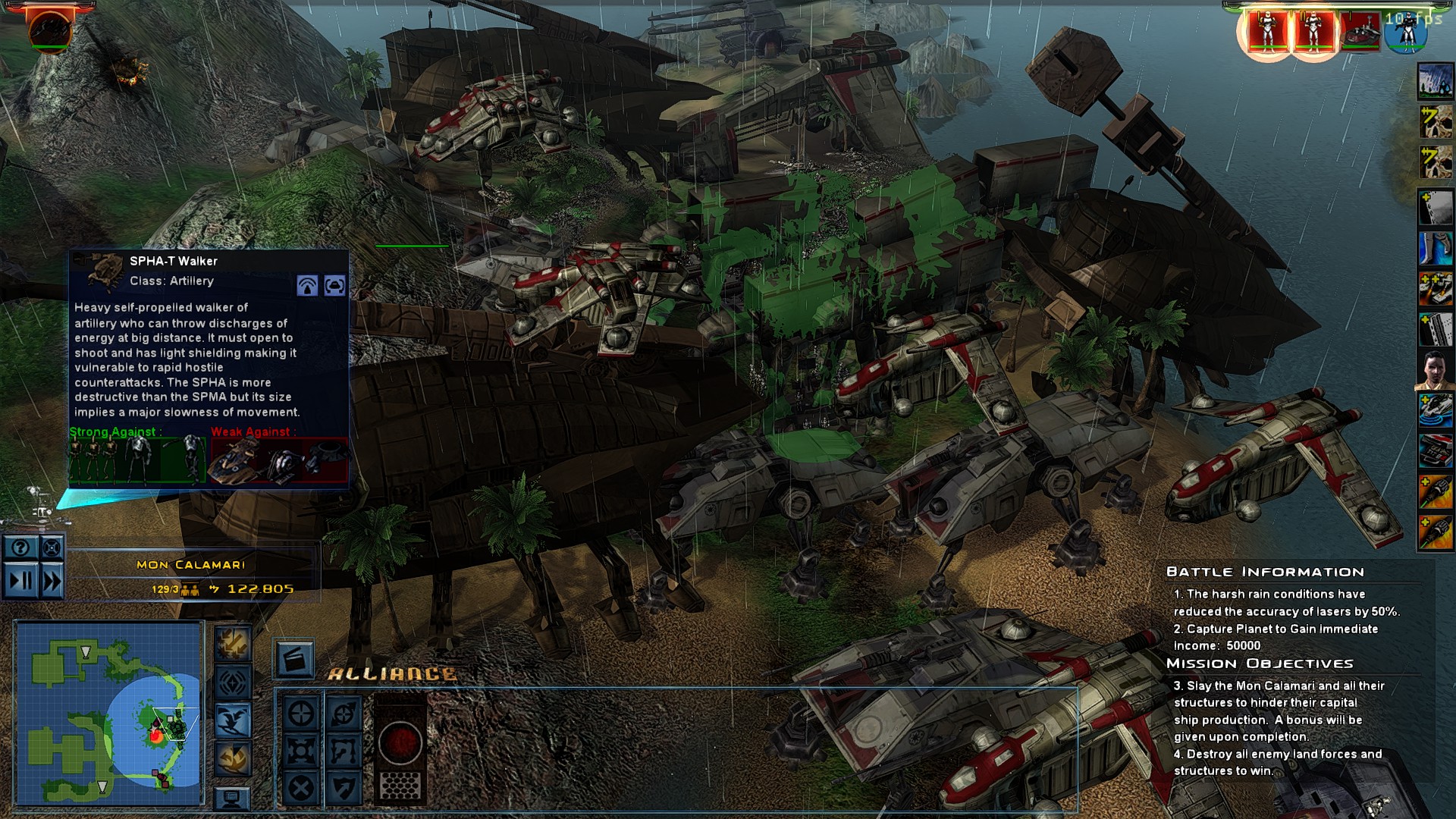 Lately I have been making many improves, some in graphics as the addition from improved textures and others in code.

The last graphic improve is the particles where instead from to add thousands of new effects in particles which at the end, they add lag inside the battles, I have improved the textures from them. In comparation with the original game, the FOC Alliance adds dozens of new explosions and other effects. Now I have increased the resolution from the images used without lose quality, in fact, they look even better.

Graphics from several things will be improved in the same way the next weeks.

About fixes. Probably you did not note it but the Multiplayer GCs are disabled. I believe that very few people play MP games in GC. But I am working in an additional version only for multiplayer, in a first place I was thinking release a new mod only with multiplayer but now, I want release it as an alternative xml code inside the normal mod. I will add a small guide about how activate/deactivate it. As before the singleplayer will be the priority.

Another big fix is the ground commanders. These units can deploy a lot of units in battle, if your computer can handle this, it should not be a problem. However the code used with them could create a crash to desktop in the end of a ground battle as you can watch in the video. Now I have fixed it and these units can be used without problems. But there are two main differences.

The first difference is the deployment, before it was with an ability but now, these ground commanders deploy their troops in the begining when they are deployed. Is there a problem with this? not really, you can deploy more of one from one time.

Second difference, before you could deploy the ground troops several times, now it will be one time per ground commander. It will increase the tactical capabilities and probably you should not avoid to build normal ground units which you can deploy if you lose all the units deployed by the ground commander.

At least which I do not make anything and I do not know if it is possible. Perhaps yes, perhaps no, I could not make a retreat before from a ground unit. But it could be a good addition.

Well, you watch now the video.