Now after study the code, I know how I can make a campaign, one very good. I am selecting some maps from the European theater. I would like one thing as the old CC3 mod West Front. One very good mod following the west Europe operations. My first selection is from Normandy and I will use TLD maps edited for the TBF.

As you can see, I have added maps from the UK, Canadian and others deployment, I will add in time troops from them.

With the Germans, in the beaches, they will defend. But in Carentan and Caen, they will launch a counterattack and they will follow another direction. The original TBF campaign put them always defending but I do not see a reason for them following other path different to the Allies. This is one thing which it can be selected in the Operations.

In time, the TBF developers should release a new version where we will be able edit sounds and icons in a mod. In the meantime, I can add the maps, it should not be very difficult. I extract the original tga backgrounds from the TLD maps, I increase their scale to the size from TBF with a image edit program which it does not lose any detail, even they will look a bit better and I use them in the map editor.

I will make this part from Normandy in a first place and in a future, I can add more, even perhaps operations from the East front if I make Russian troops. I have some vehicle models from them, it should not be impossible. Any way, these 17 maps are a good summer work, probably finished in less time.

About the maps, I have added one, Tare Green. 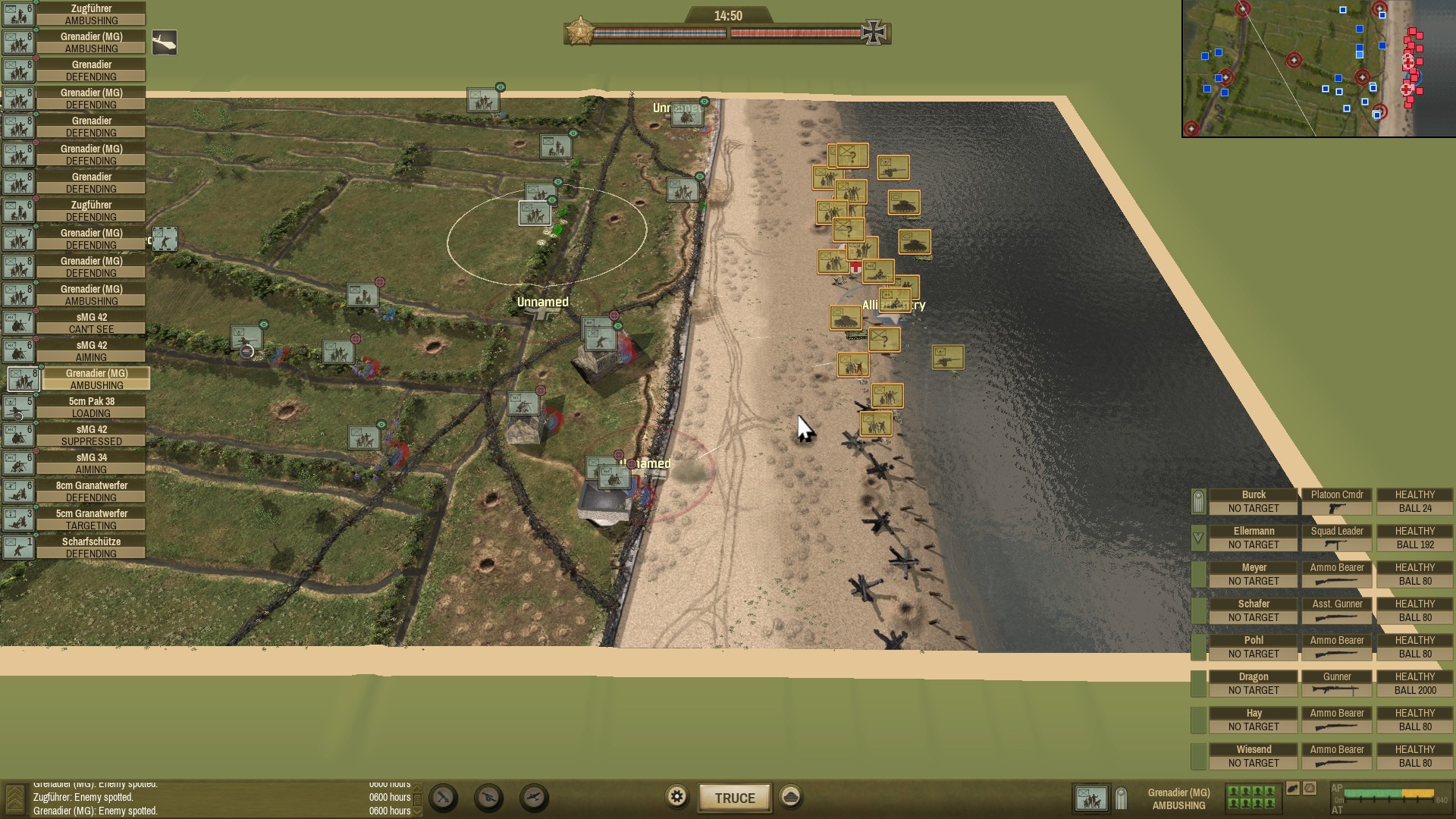 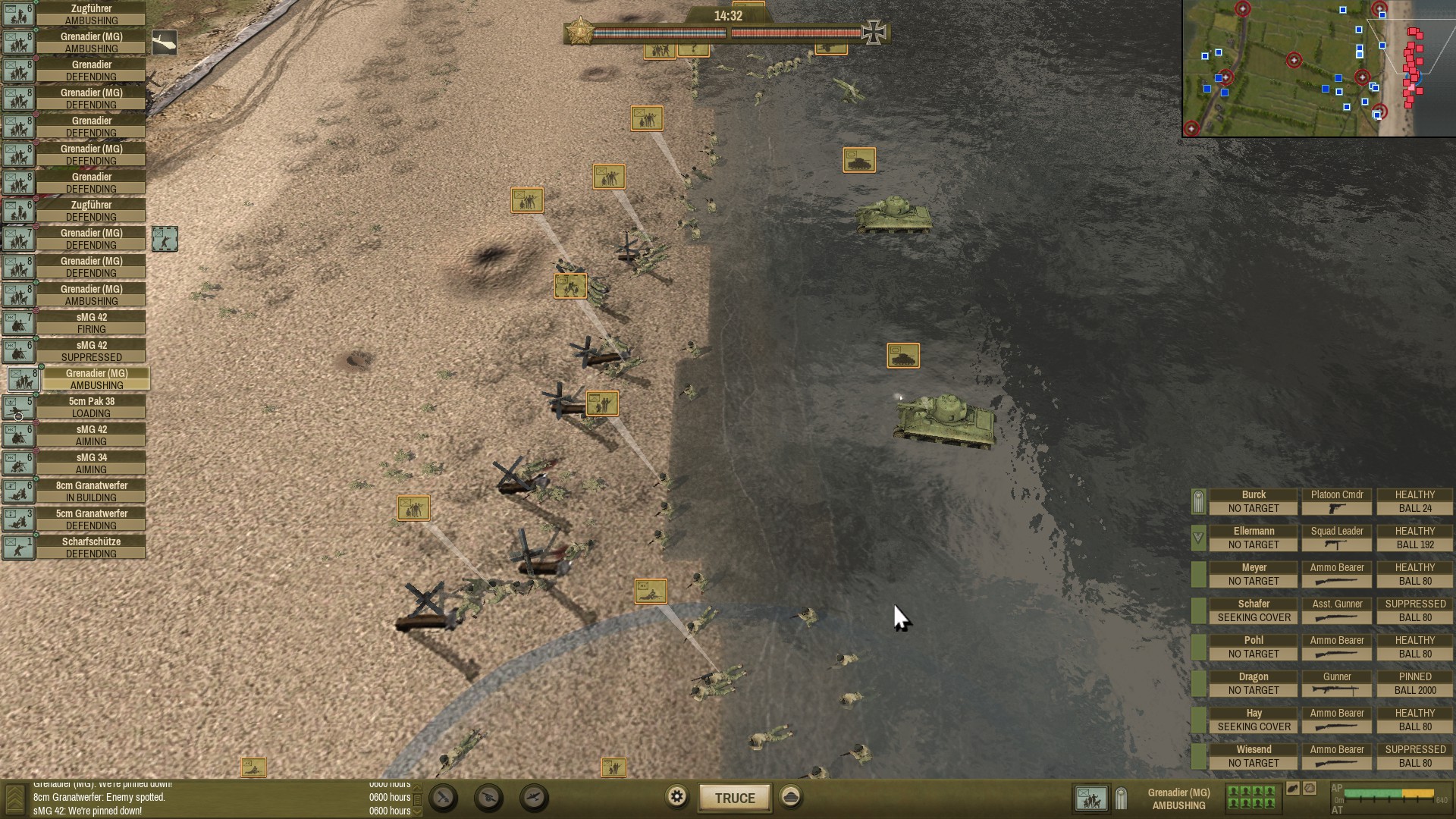 It looks great and it will look better after some improves removing from view the original buildings painted and more. The trenchs are real, 3D. 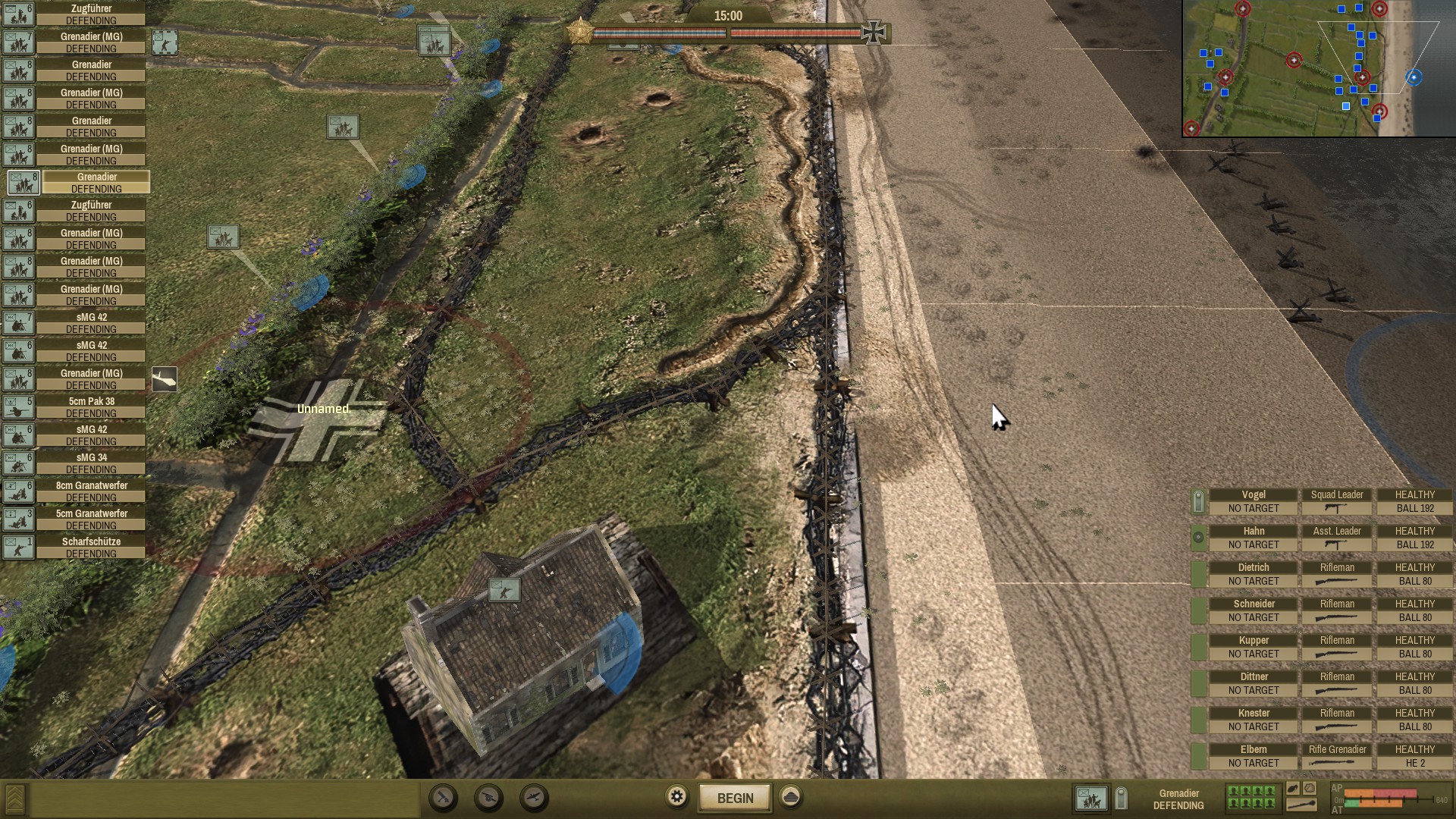 One first idea was lock the original buildings with green texture as the image but it takes many time and I have been thinking in better solutions. 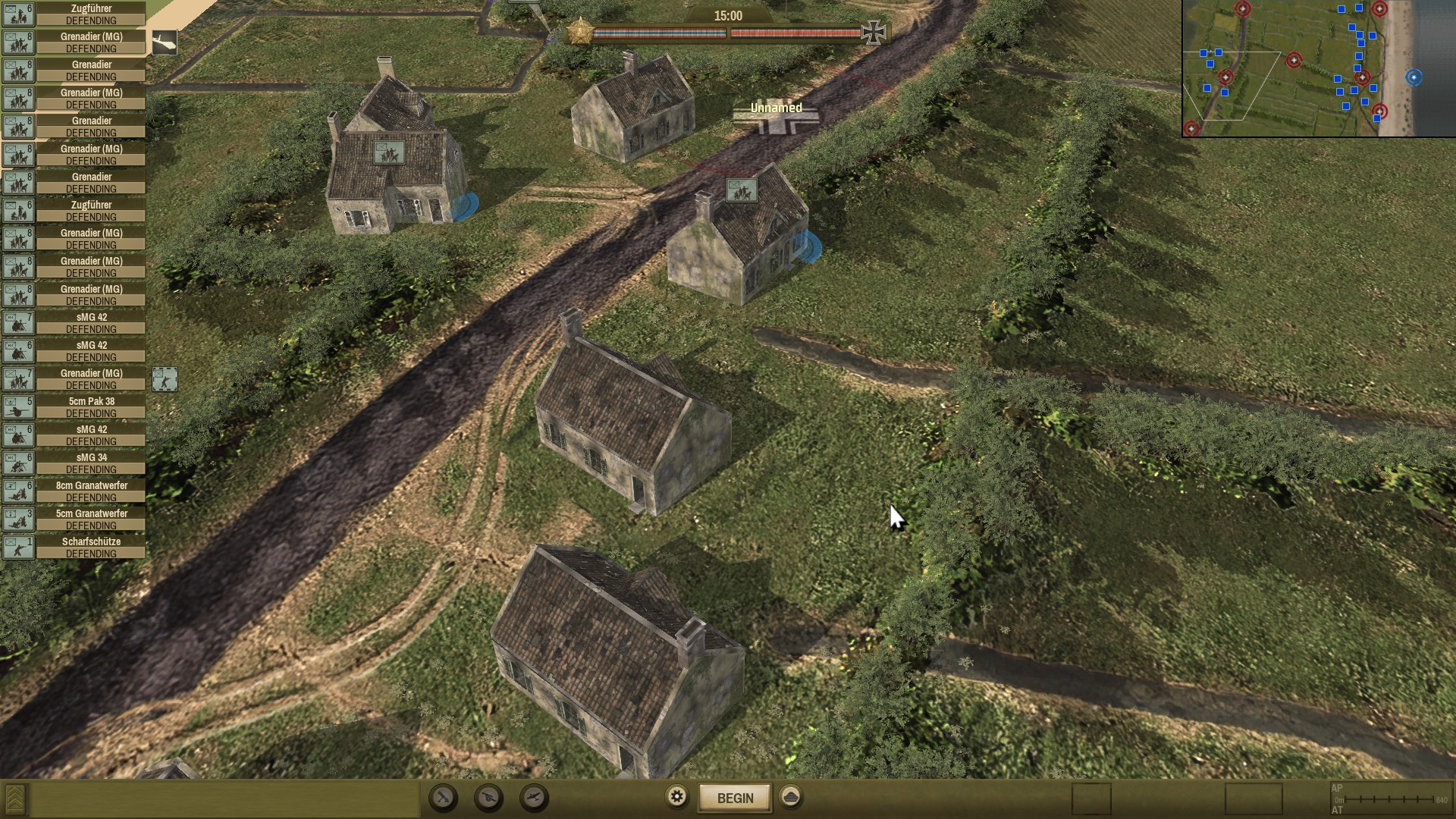 By this reason, I have created a new small 3D model as if it was the pavement around the building, a simple cover. 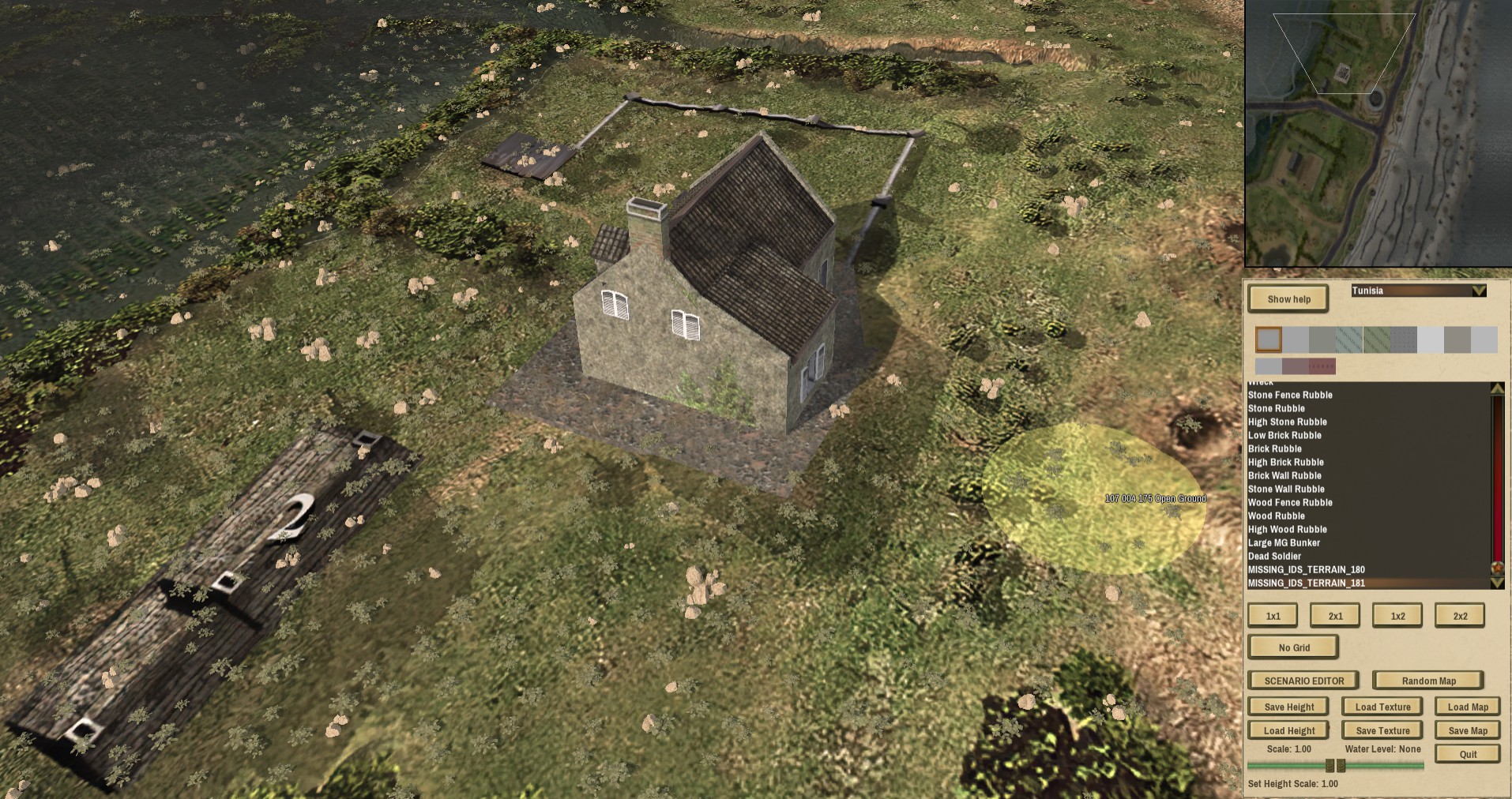 It is a simple solution and I go to make with different variants. Trees and other painted things must not be removed but the buildings look bad. 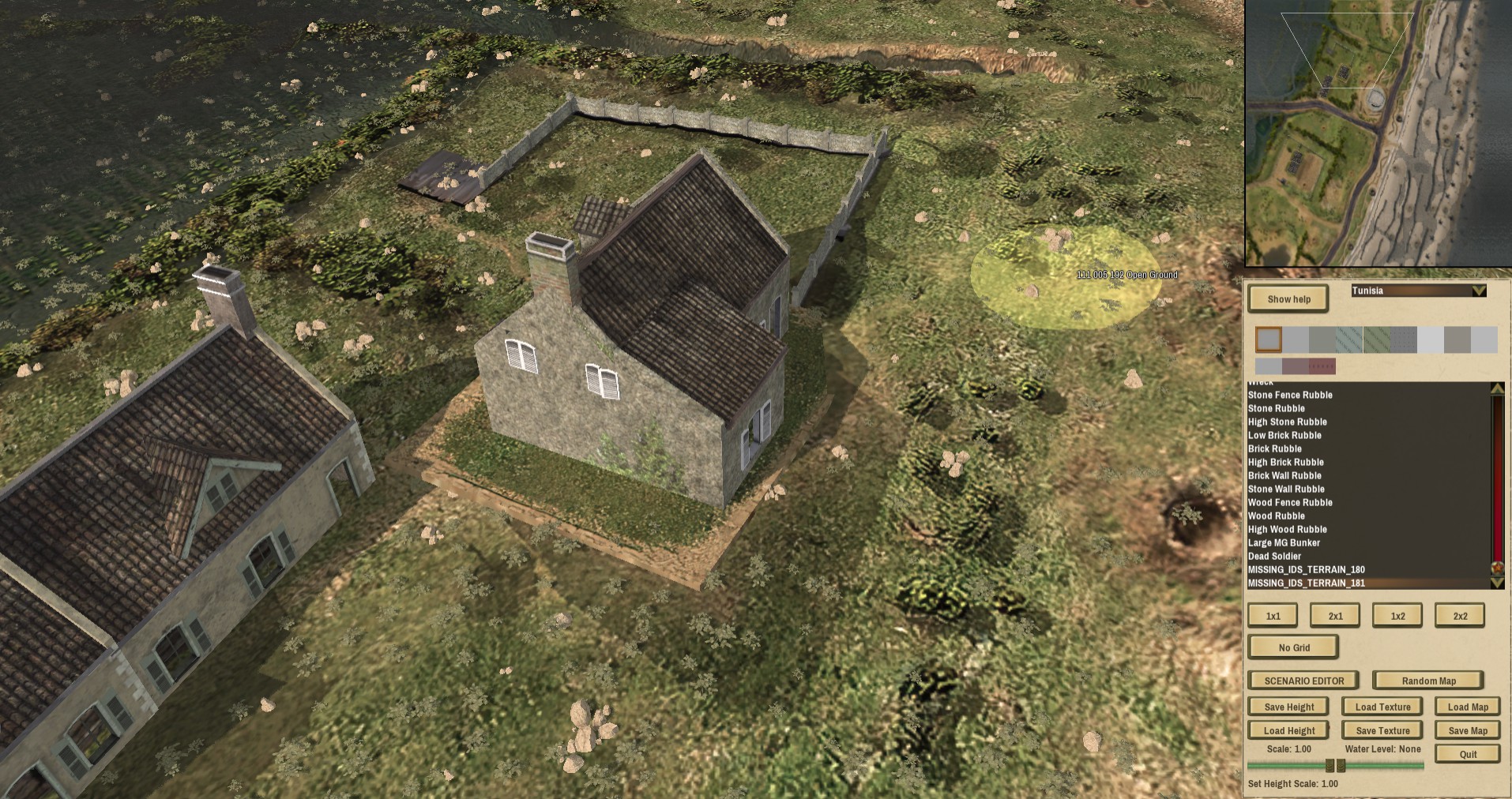 With these additions, I will be able convert the maps very fast in comparation to edit them in photoshop. Probably even someday, I will add other type of buildings, perhaps big storehouses and buildings with more floors. It should not be very difficult but it takes time. Anyway, with these new additions, I can continue the work.