The next update is closer and it will add several improves and additions.

In the previous update, I improved the big orbital planets and now I have edited them again and many of all the normal planets. In fact I will edit all them but with more of 100 variants, it does not go to be a fast improve. At the same time, I am editing the space maps with several light improves.

Other improve in the ground and space maps are the map previews with more quality. It is other slow change made by steps.

There are some performance improves in galactic mode but do not wait perfection because the mod is huge in amount of additions, the galactic maps are big and things which they would run perfect in a GC with 15 planets, they will not be perfect with 100 planets or more. Anyway, the idea is avoid the game freezing in the medium galactic maps. Playing with all planets is not the point, probably the GC will all planets will continue running badly.

Other small cosmetics additions are orange comets and stars from different colors inside the galactic map. Specially, stars closet to the core add red and yellow colors in addition to the white color.

The Mon Calamary MC20, named by EC Henry as a Corvette, I set it as a Frigate because by size, it is bigger than a Corvette. It has been improved a bit more with some cosmetic additions.

This ship will be able to builded in the Galactic Empire period by the Rebel Alliance and with the Resistance. The same will happen with the Starhawk. At the same time, the Onager Star Destroyer will be builded by the Empire first. 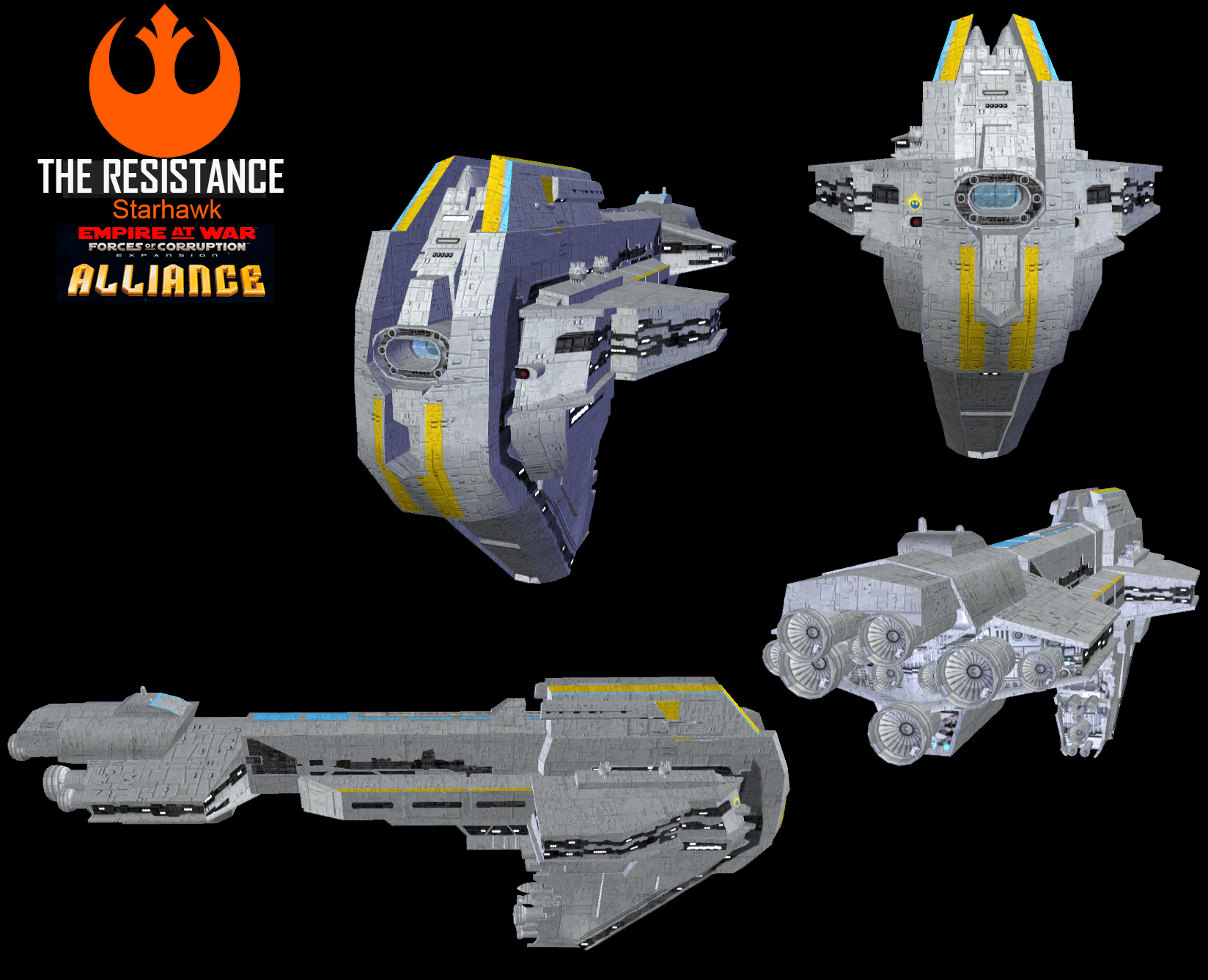 About the Insurrection GC. I have made several improves with it. There are changes even in how it works.

The final from the Clone Wars era is set by the conquer some planets and the kill from the enemy heroes.

The final from the Galactic Empire era is set by research everything and kill the enemy heroes.

These are some of the last additions, a lot of work and there are several improves more. You can read the changes in the forum https://firefoxccmods.proboards.com/thread/36/foc-alliance-rebellion-progress?page=12