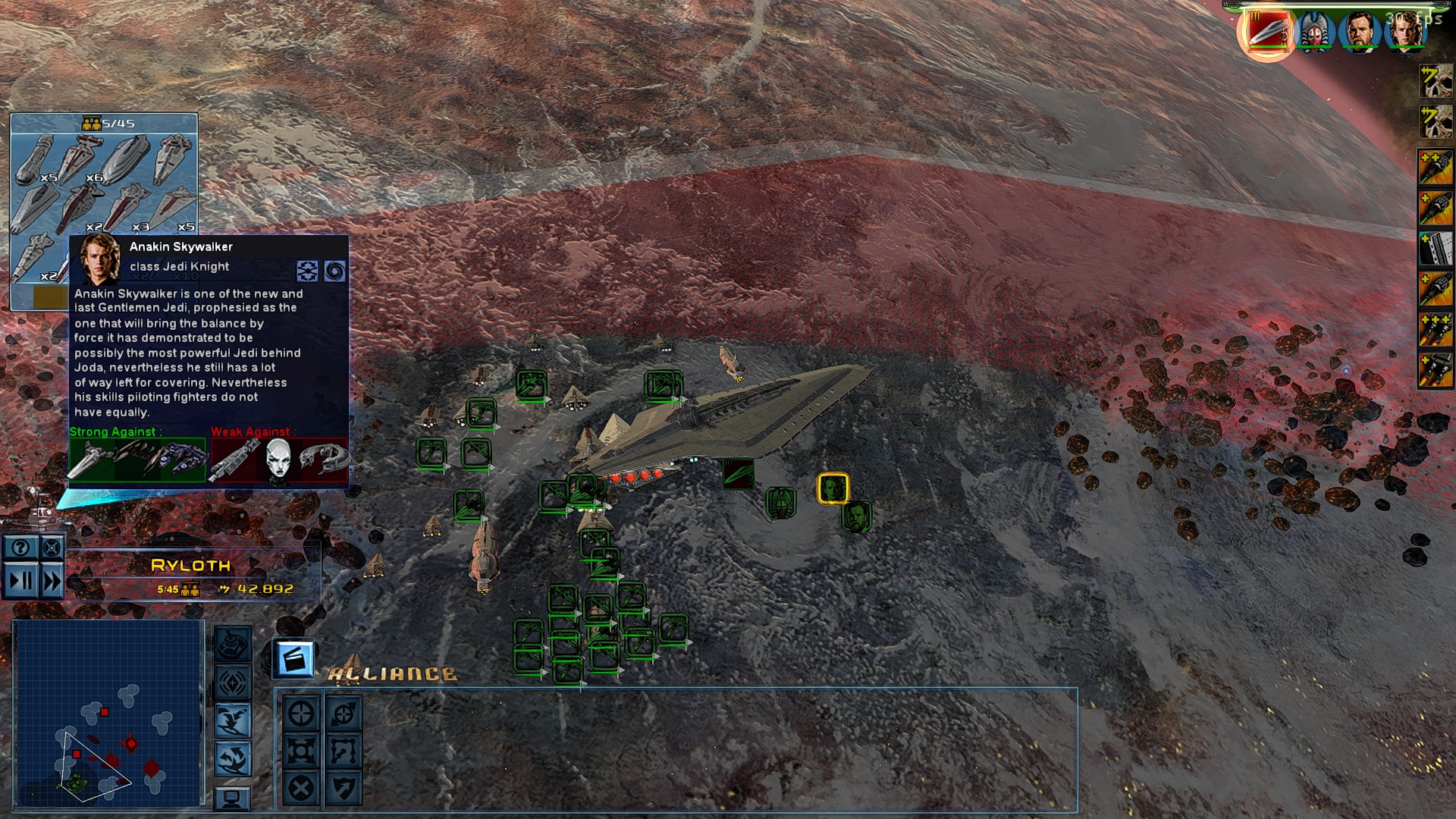 Lately I am making or at least trying improve the AI. First get an AI easy in easy level but not too easy. Second to try increase the time between attacks in Galactic mode.

In addition, I have been making the space skirmiss a bit more easier.

It is a difficult work and I will require a lot of testing.

First test with some changes, the AI does not attack…….

A bit better but perhaps the AI attacks too much for easy.

I changed somethings here but I believe how the AI attacked more. There is not a guide about what it runs and what not…..

Worse, more attacks or the same. About the amount of enemy units. It is a matter of credits and I can not reduce it too many or the AI does not go to build anything. Of course, it can slow the game but at least in my computers, I have not seen anything bad.

Best setting probably by the moment. These things require a lot of testing. The point here was increase the time between the attacks but probably with it, the AI saves more time for to build and when it attacks, it can launch more units. However, the combats are easier.

Just a thought, even if the AI saves more units for an attack, I prefer this instead of an attack ratio very high where you are attacked by several small attacks each week.

If the AI saves more units for each attack, I can reduce the credits given to it. It is a feature which it will require several days more playing.

Another test, this time playing in hard level. I could reduce the ratio of the enemy attacks and for a time, it was very good, a good challenge but when I launched my attacks, the enemy needed a lot of time responding. However, I play with the normal galactic speed reduced one level. It could give me this picture about a AI without attack me for too much time.

Anyway, next time, I will try a change in the settings and it be the perfection.

I do not know if it is perfection but……it has gained a lot of fun. At least playing hard level, it is hard but not too impossible. Just a better challenge for veteran FOC Alliance players.

Now the AI attacks you many in the begining, you will lose some planets probably. It will use ground commanders and it will launch a lot of ground units against you. Sometimes, you can defend yourself against these amount of forces but not always.

I have recorded a ground battle winning against a enemy ground commander and other losing against it. The additional ground builded ground units are the key.

This is my last recording by the moment. 37 weeks, some of lag yes, not too much thinking how I am playing a GC with 157 planets because hide them save some of the computer resources but not so much as if the Galaxy had showed only 70. I have plans for a smaller Insurrection GC where you jump between eras. The difference will be how you will not save your units between eras. It will be more the type of GC where depending from how you end it, you will continue the other time eras.

At this recording, you can watch how the AI gives more time between attacks, even playing with -1 galactic speed or with the medium default level. I prefer play with -1 because there are less lag with this big GC and I have more time for to building. There are many planets and you must handle everything. However, in medium level, you will buy faster I saved time with this option. Anyway, in the Insurrection and Rebellion GCs, you can build an additional shipyard upgrade and it will reduce the building times at similar way to the old Star Wars Rebellion game (Supremacy at some countries).

The biggest good point is how the easy and medium levels have more differences and they are easier levels than the hard level.

Other things which you can note, they are new abilities for Obi Wan and Anakin with the Eta2. I will add other heroes when I have good ideas. I do not like repeat things. More news soon. 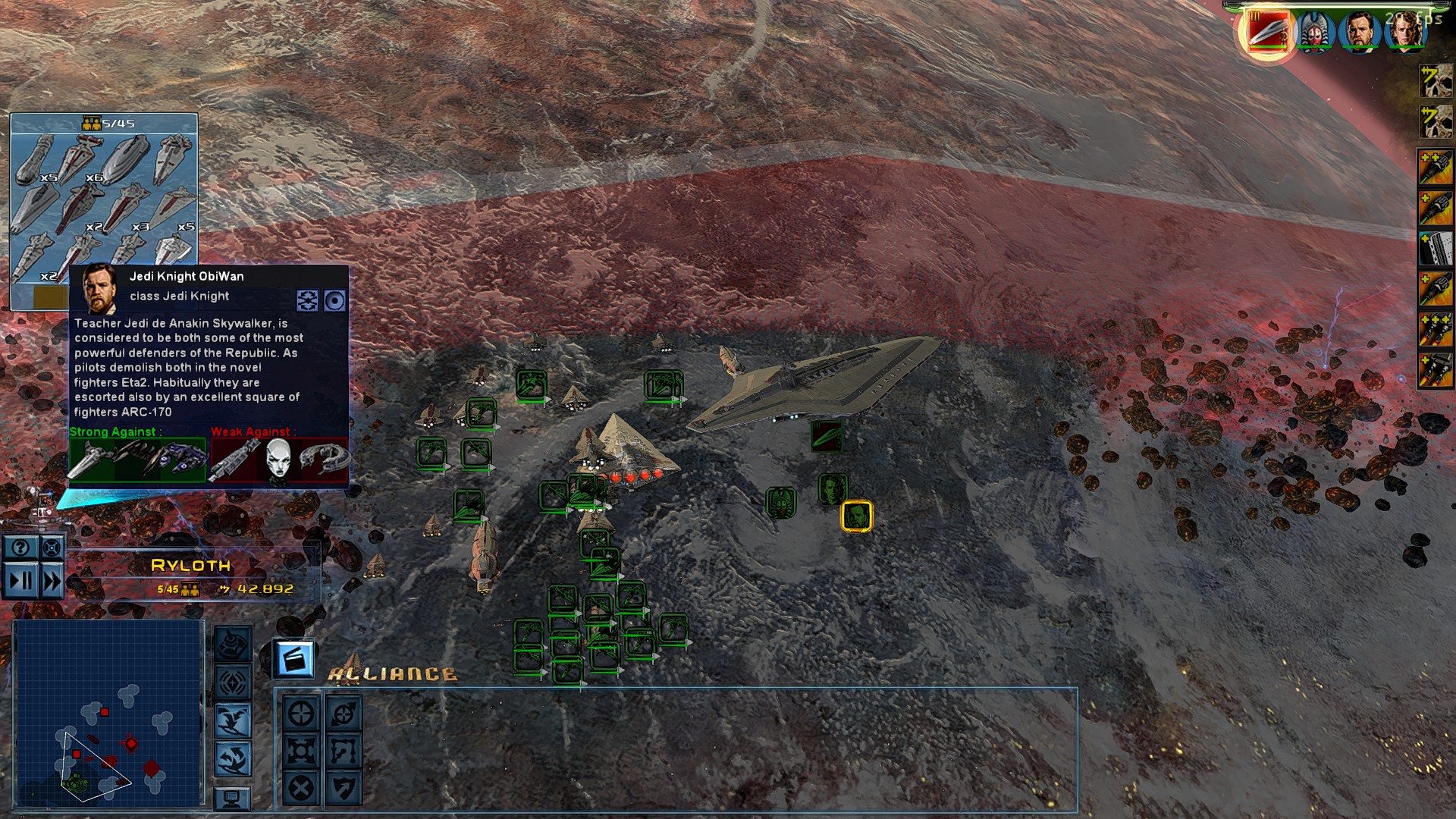