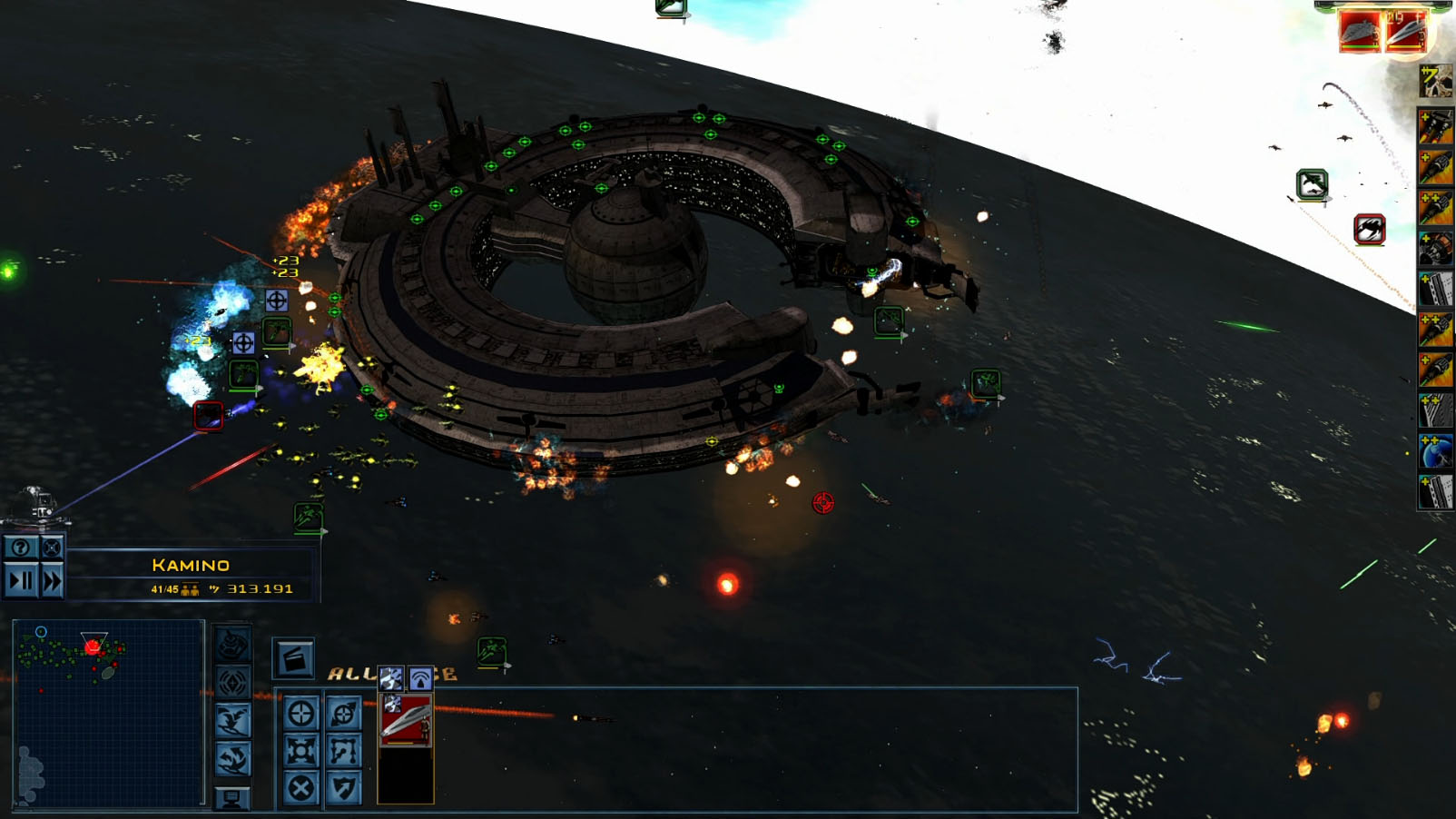 Lately I am making many important changes. Many of them performance improves and other graphic improves. There are several things at progress.

The most important is probably the performance in Galactic mode. One of the serious problems from the mod is the amount of different units. In the original game there are more or less 15 different space units and 15 different ground units (counting heroes). If the AI builds without limit the units which they are not heroes, we would be speaking from a huge number of units moving around in a galactic map. It made performance problems, mostly in the past because this is a 2006 game. Now, these days, the original game runs very fast in a modern computer, even too fast.

But the FOC Alliance is a mod and it has not the numbers from the vanilla game. As minimun each AI faction can build without count heroes the double of units, with some factions as the Rebel Alliance, the Galactic Empire or the Black Sun, we are speaking from 10 times that numbers, even more. It is a lot of different units builded at the same time and clearly it affects to the performance. Any comparation against the original game or similar running the same numbers of units is useless.

It is the main reason because the AI uses limited units and it uses generic heroes in ground because it is the unique way where I can limit in numbers the build from ground units. However, even with limits, there are a lot of different units. By example, even if the Empire AI builds only one space unit, we will be speaking from more of 100 different units. It is a huge number.

By this reason, now the AI will build units which they will spawn several other units in battle. It is not the first time that you can see it inside the mod and it will reduce the numbers of units builded by the AI to numbers more from the original game.

In addition, it will make the game more fun by increasing a bit the numbers from units spawned by the AI in space battles where it had problems spawning at several smaller battles no more of 4 different units.

At this video, you can watch some improves in the Dac ground map from the Insurrection GC and the new by Sectors GC.

But there are some things which they will be very noted by players. One is the MeshBumpLight shader. This shader is used for to give easier lights to the space models. The older was very good but the space models had a lot of brightness. The new from Gaukler improves the older from MikeLN and it reduces the brightness from the models. It is very good in the maps simulating the night in the space where lights look a lot better and effects as the flashes from lasers and other explosions look a lot better.

You can watch the older version here.

And the new version here in the same battle.

Other shaders improve other graphic parts from the game as shields and much more things than you will discover in time playing the mod. 😉