Well, what do you think? do you understand better how it is the mod if I set it by chapters? I ask you these questions because sometimes people ask me things as “when do I go to release the mod” and my face looks when it happens as……. 😯

Yes, the half of the Normandy chapter was released before and now the other half, one chapter at 100% is almost finished. Just I need complete some icons and other small things.

In fact I am in the middle of my own tests. Before I did not play too much because I do not like play when there are so many incomplete things. Now I can play a complete campaign, not wait!, I have added another campaign playing with the Germans and starting as what if the Germans had launched a successful counterattack at Caen.

This new campaign is divided at three operations as you can see at this image. The idea is destroy the Allied forces at three stages. You will additional and better support units. However the enemy will be a bit reinforced. Do not worry, the type of units are realistic. 😉 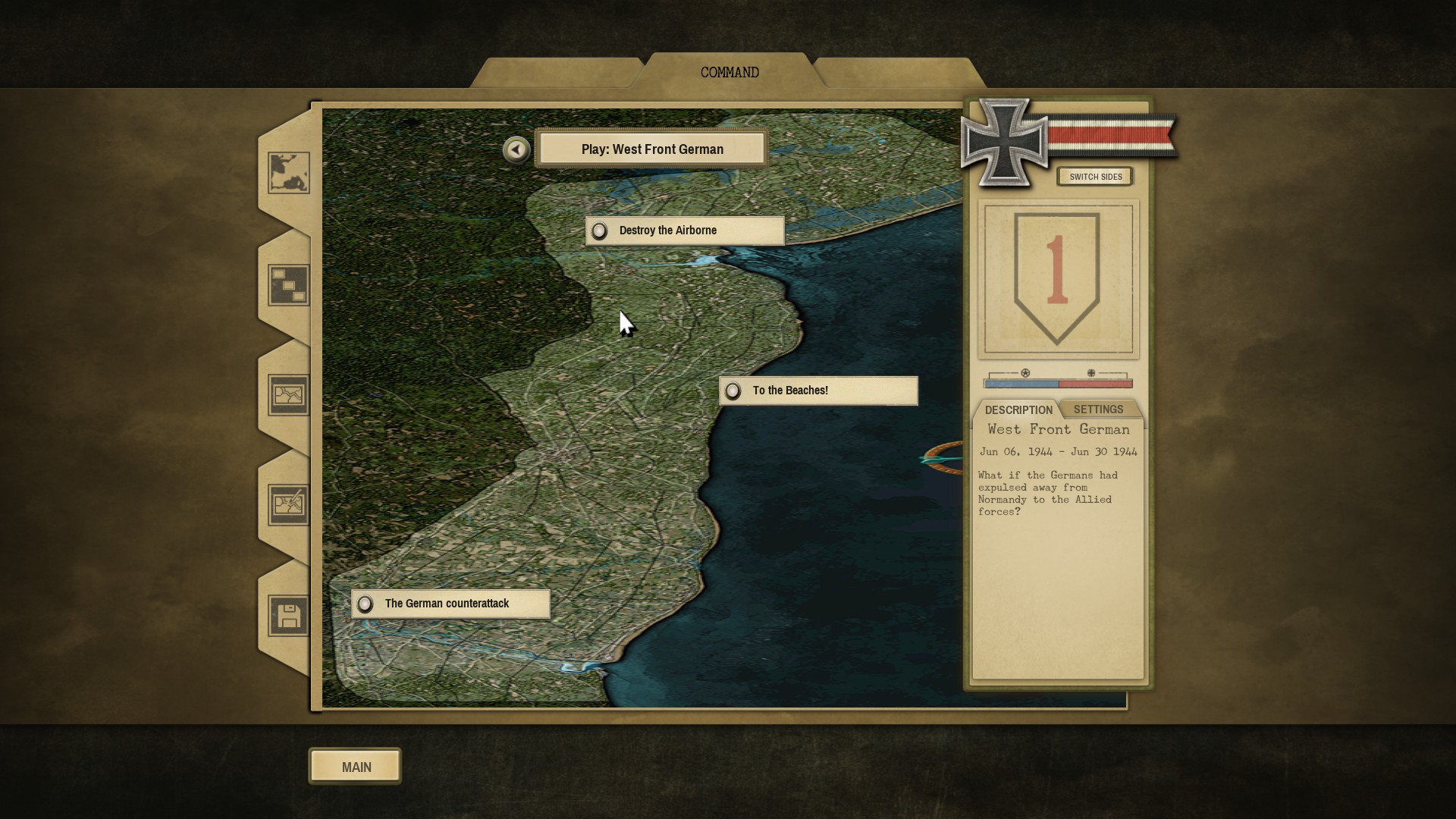 I have recorded a video with the two first battles, the beginnings are not easy, however, after two battles leaving the enemies exhausted, the operation starts to look promising. 🙂