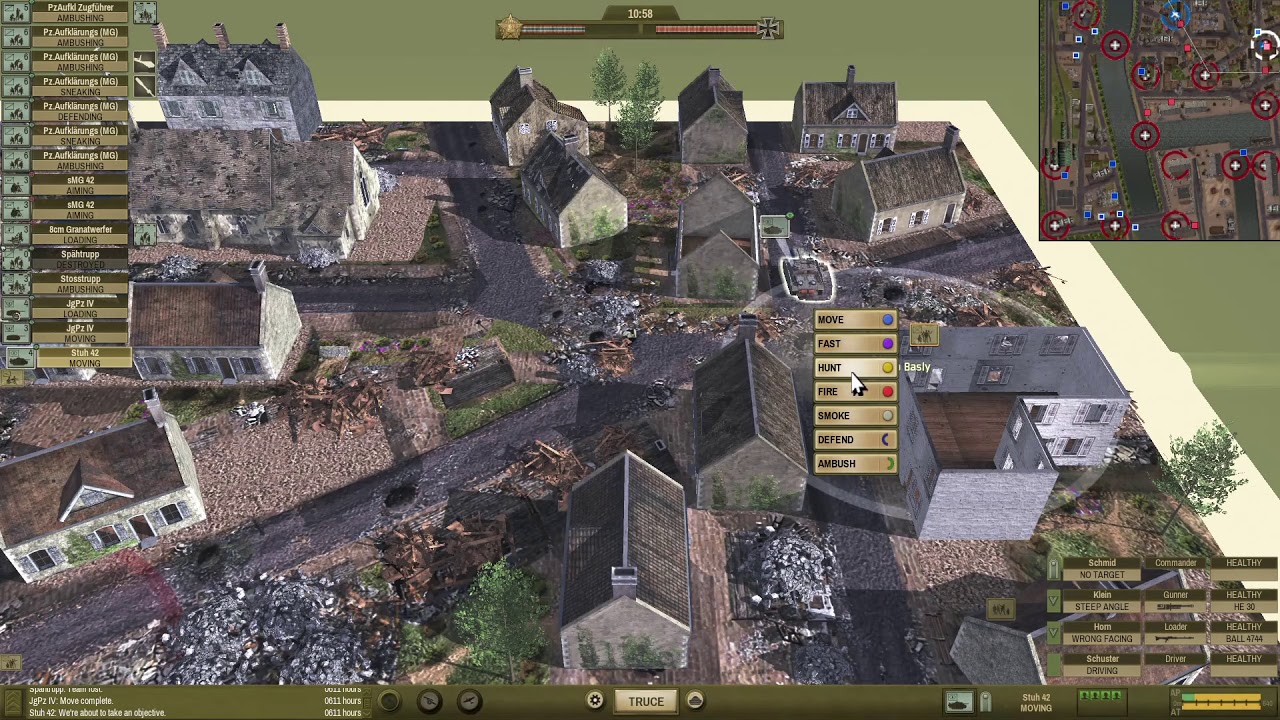 The 1.02 version is ready, it adds several improves in all the campaigns. Specially the change of main forces between some maps sharing US or UK forces by example or the different type of German groups.

Other change is a better balance in the German campaign with less Allied tanks making the advance faster.

You have watched several times Caen, yes. But at least here, you can watch how pass the map easily being a bit hard. Anyway, you need be ruthless if you want get complete counterattack against the Allied forces. If not, your position will be always defensive and less fun. At counterattack mode, you can choose the time from your attack.

In the begining of the video, you can watch how I have divided the German campaign in more smaller operations, it will be better because you will play more maps. Joining more too maps in one operation just end in a operation won with to play just one or two maps.

There are other small changes in some maps, few things. Units or other maps did not require any improve. While I play it, I will start to think in the next chapter, the Cobra operation should be very simple at comparation.

I have updated the file from the mod download https://firefoxccmods.com/wp/download/close-combat-tbf-veteran-1-02/