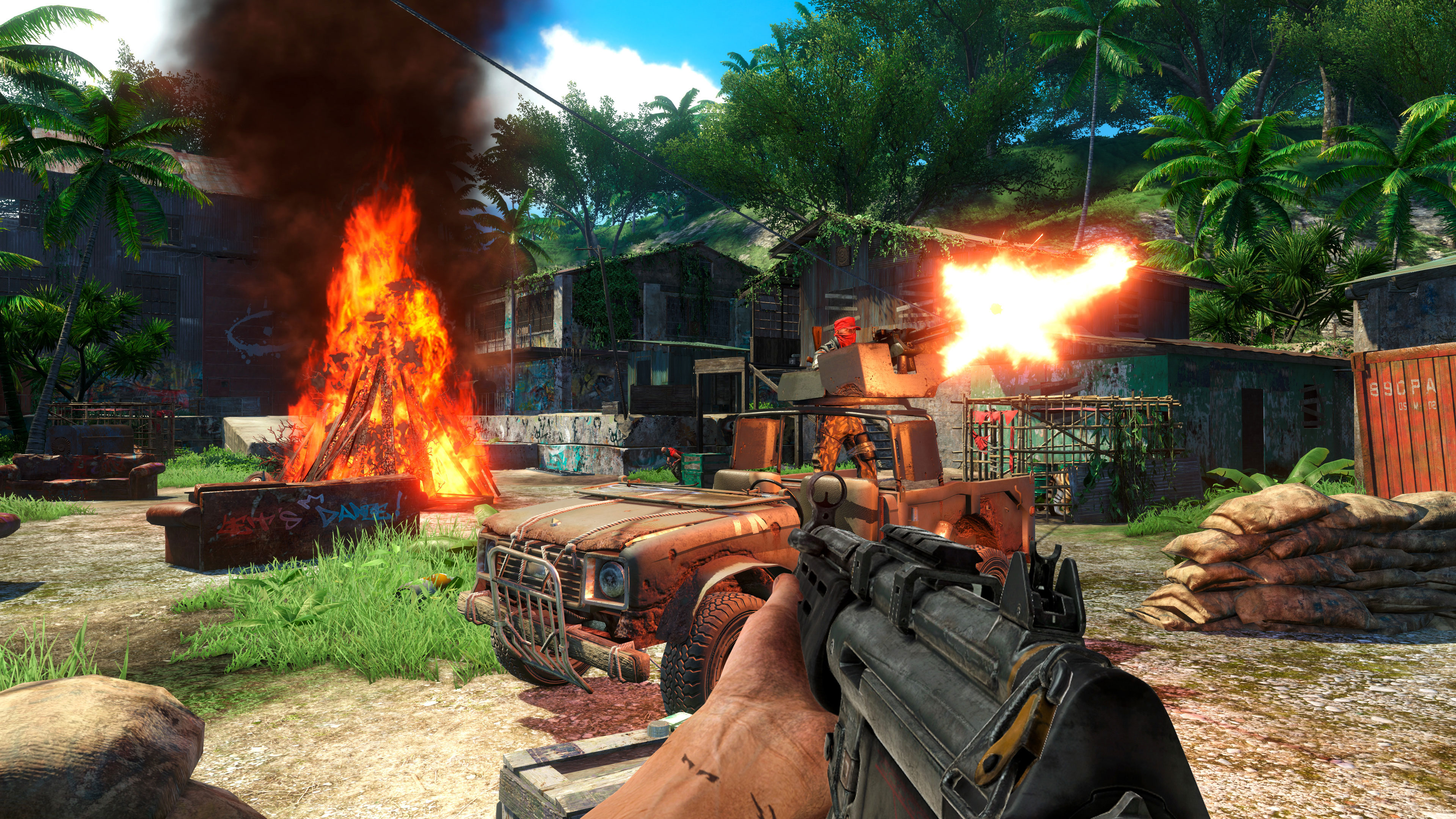 I had this game in my library from many time ago but never I had played more of 5 minutes. I did not understand things as click many times the space key and I could not cross the first part from the game. Now after many hours playing and enjoying it, I am finishing the game and I find it very funny.

Best feature from this shooter, there is more or less a open world where you can discover a lot of things with enemies, animals and more. I liked it too much comparing to other shooters.

Worst feature. Difficulty. I would consider the resistance to damage from the main character as bad. It tried be too realistic. Anyway, after many tries, I could end most of the levels. I do not go to lie you, I used cheats in some of them. At singleplayer, it does not break any laws and some levels can be very very difficult.

Graphics? it is a 2012 game but it has aged very well. Somethings from the terrain are old as the rocks but they look correct and the open world makes you see these things with other eyes. Most of the most modern games uses very small levels or they must load parts each few time. This game has a complete big group of islands and in some points from the game, when you are not playing missions, you can move you around all them without problems.

Another very good feature is the vehicles. The drive of vehicles is very good. There are several type of cars, boats, quads, even a delta wing, have fun. All them are very funny and you can drive around the islands for hours with these things.

At the same if the enemies are driving in a car, you can fire the tires, it is very realistic.

What about weapons? you can build several backpacks and other objects which they can let you load at least 4 weapons and a lot of ammo. There are small guns, rifles, automated guns, grenade launchers, even an bow. You can buy them in some stores or unlock them for free when you go completing several points from the game.

From all the shooters played lately, it is probably the most fun than I have played. I recomend you to play it.

I have recorded two long videos in a high level.