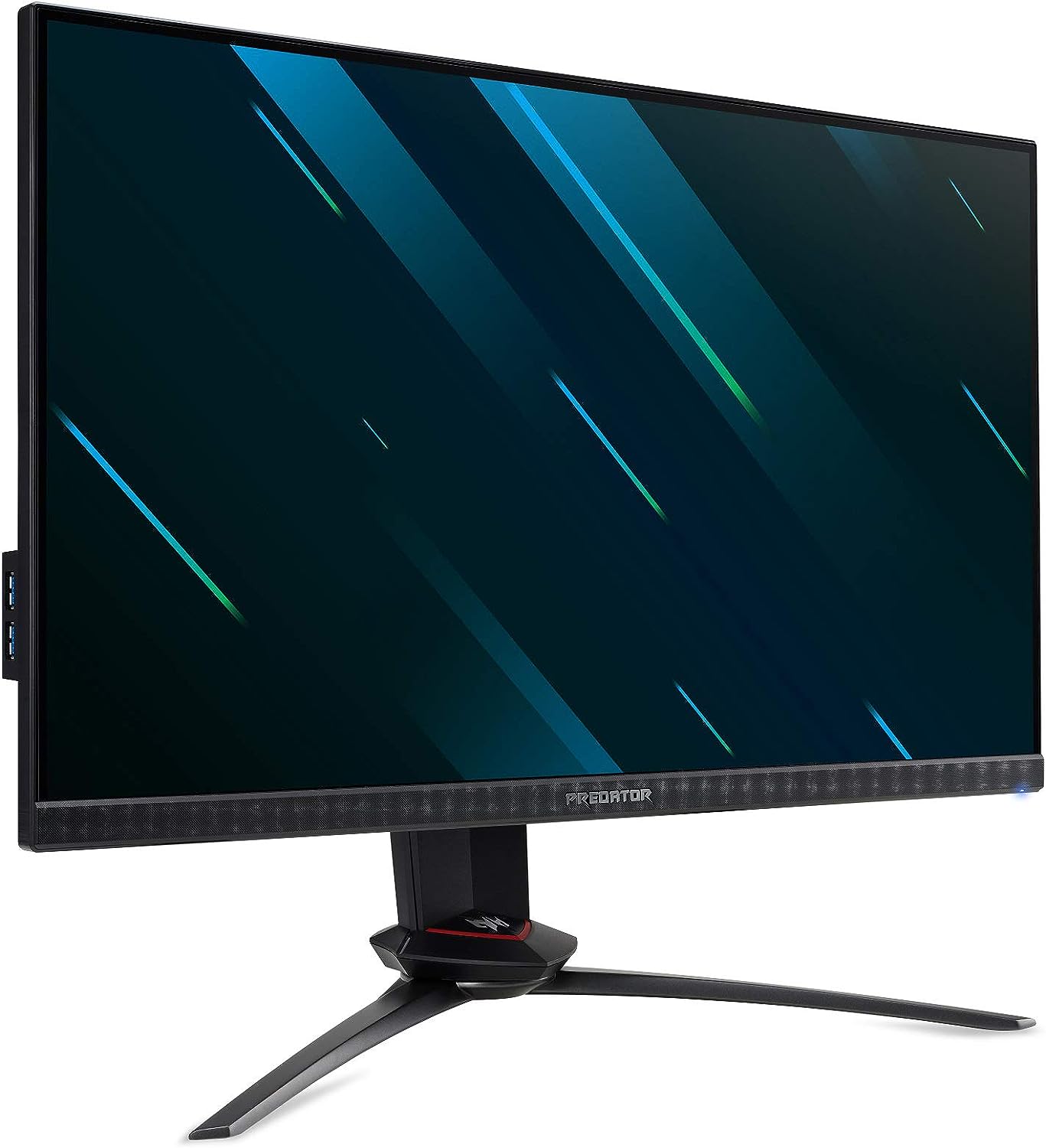 I bought it by 270€, a bit cheaper than its normal price probably because people bought them just for testing or to show the unbox and after it, they must sold it cheaper. However, I had returned it to Amazon if it was looked used. But everything were correct and probably never it was mounted or touched because if you mount the screen, the plastic is damaged easily and I had seen more damage in the screw. Everything were new and by the moment I go to use it almost of a month, if I do not see any trouble, I will continue with it. It is a very good screen. 144hz and Gsync compatible are some of its capabilities.

Now, ironically, it is a bit cheaper. Nothing strange, probably they have another returned screen by a user. Easily in worse state. Amazon makes this too many times at Spain. Nothing new and if they add a discount, I do not see this as a problem if it is at 100% correct, at least the hardware.  However, the screen received by me was at 99% correct even in the packaging.

At the same time, this screen had not the display port cable but curiously, I had one inside. Perhaps it was added as compensation. Now I must return to Amazon the cable bought by me or perhaps not because it can be useful in the future and it was not too expensive.

About the screen itself, it is a IPS panel, the same used in the Asus TUF VG259QM, a much more expensive screen. Even they share some curious features as the controls in the back with a small joystick. It is a fast gaming panel with good colors and without the narrow problems from TN panels. In my panel, I do not see broken pixels or bad light. Everything is correct. Just perhaps because I was running 5 years with a 60hz VA panel, I have troubles finding the correct brightness. Comparing to my previous screen, the brightness from this IPS is higher.

About best features, you can graduate the position height, angle, everything comparing to other screens. The Gsync compatible runs exactly as the normal Gsync and it increases game speeds a lot.

It is a 144hz screen and it is better for long times in front of the computer.

About playing, it is very good. However, the 144hz are not as some people think, there are very wrong points about these screens. First, 144hz does not require 144fps, it is the most common mistake from people. Second, the Gsync do not require 144 fps or 144hz. It balances the fps with the hz and by this, you can play a game to 60hz or 144hz. Higher fps are better but this feature does not work as some people say in the net.

Returning to this screen, it has a VRB mode, a special lower response time but it requires disable the Gsync or Adaptive sync. I do not see the point but it can be used with RTS games where the Gsync does not go to make miracles.

If you are thinking about it, I did not see troubles with Gsync at EAW and with my mods. However, EAW is a bad depurated game and never it goes to run with high fps at space battles with many different units. At ground battles work faster. But space battles always they will be run at lower fps than 60.

What makes Gsync? I like this example. Mostly it reduces the latency when there are images running with more detail, specially changes of view.

About other screen features as the HDR, it is a HDR 400 and it is not perfect, at my opinion, this feature adds a lot of brightness and you can not reduce it.

You can read a complete review here https://www.displayninja.com/acer-xb253qgp-review/ it is the best review that I found from it.

If you want a cheap IPS gaming panel, I recomend you it.