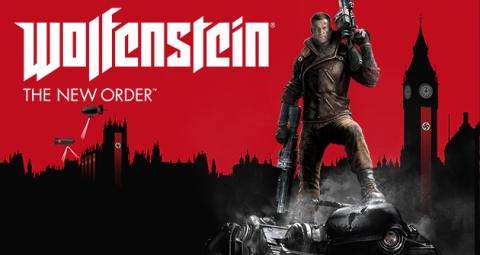 Lately I have been playing this game. With the longer days, I enjoy to play a shooter or other type of game than a RTS. Wolfenstein a bloody game ambiented in an universe where Germans (Nazis) won the WWII. In game, there are not too much as this but in comics, there are several following this story. Some of them very good, I would like recomend you read the comics named Wunderwaffen, they are very very good.

Returning to the Wolfenstein, it is the seventh game from this saga and it follows the story from the main character in the previous game who he was used in several other games in this universe.

About the game itself, it is made with the id Tech 5 engine. It looks good but not too good, it is a 2014 game with not too big levels and most of them at closed places as catacombs. All the game looks a bit dark and not so fun as by example Far Cry 3. At the same time, the story is good but not so good. Now playing it, I miss the features from Far Cry 3.

Anyway, the worse in this type of games lately, they are how they were made for consoles and there is not a way where you can make your own savegames, it is a bullshit, I hate this way because you must complete levels if you do not want lose your advance in the game. Specially the game is bad in the level ends because sometimes, you must defeat very powerful enemies. I hate a bit this way of the final enemies, it is very old, classic and they could make it easier. I do not like difficult shooters, I am here for enjoy my time, nothing more. Specially if you play at easy level.