Do you play simulators? what joystick have you? 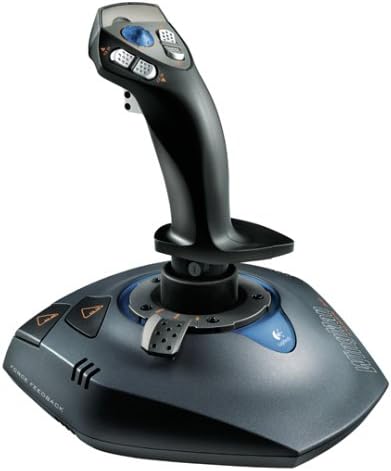 This was the old Logitech Wingman 3D, much better than many models when I bought it many years ago.

This is the modern version, the Extreme Pro 3D adding a lot of new features and a much more better design. I bought it by second time because these days that model is not produced any more (probably) and I do not like the things sold by Logitech, mostly joysticks with the addition from a trusht control which it requires more space in my small table.

The Extreme Pro 3D has many buttons, a view selector that I use as customized buttons, a small thruster, a rudder control and a very solid base, probably this feature is one of the best because other Joysticks have not a solid base and you up them easily from the table, with this model, it does not go to happen.

Other options in the markets were mostly from Thrustmaster but even if it has many designs, some looking very good, I do not like the resistance from the materials. The cheaper models probably can crash in one night playing with them and the others are very expensive. In fact I had one very expensive joystick from Thrustmaster in the past and it broke at few time. 🙄

I know, there are models showing things as vibrations and other things but you must pay these things and I do not like that, specially playing the old and modern SW space simulators.

I have used the Extreme Pro 3D for hours and years continuing running as the first day and it looks as if I go to continue with it for years.

Now the question is what Joystick have you in your hands?