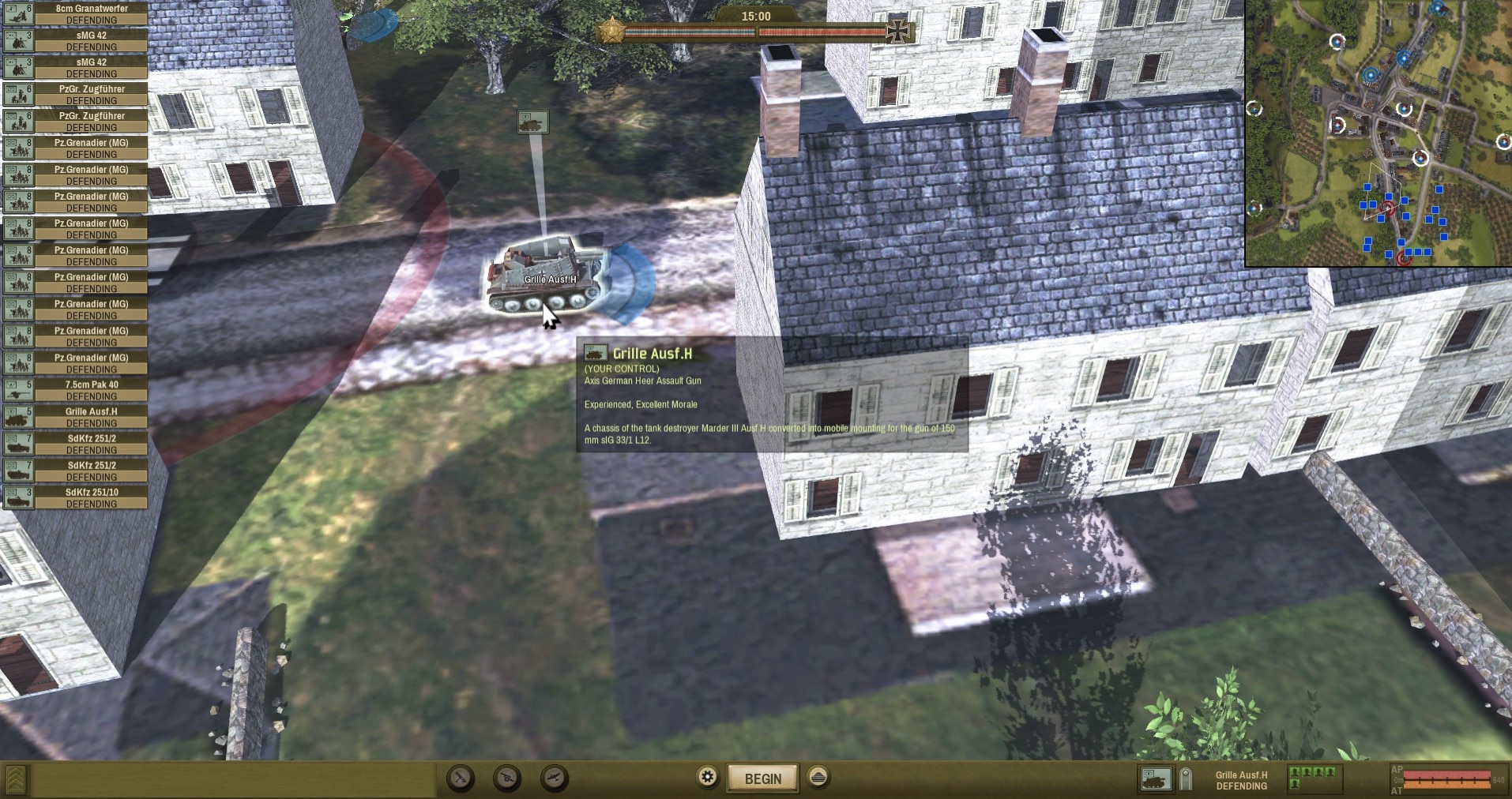 The end is very close. Just I am completing the troops in the maps, adding some special units and few more.

The new operation adds a simple map conversion where I have hidden the original painted buildings with a special layer, it was a easier process, not too fast but much faster and it does not look bad, specially when you play the maps. 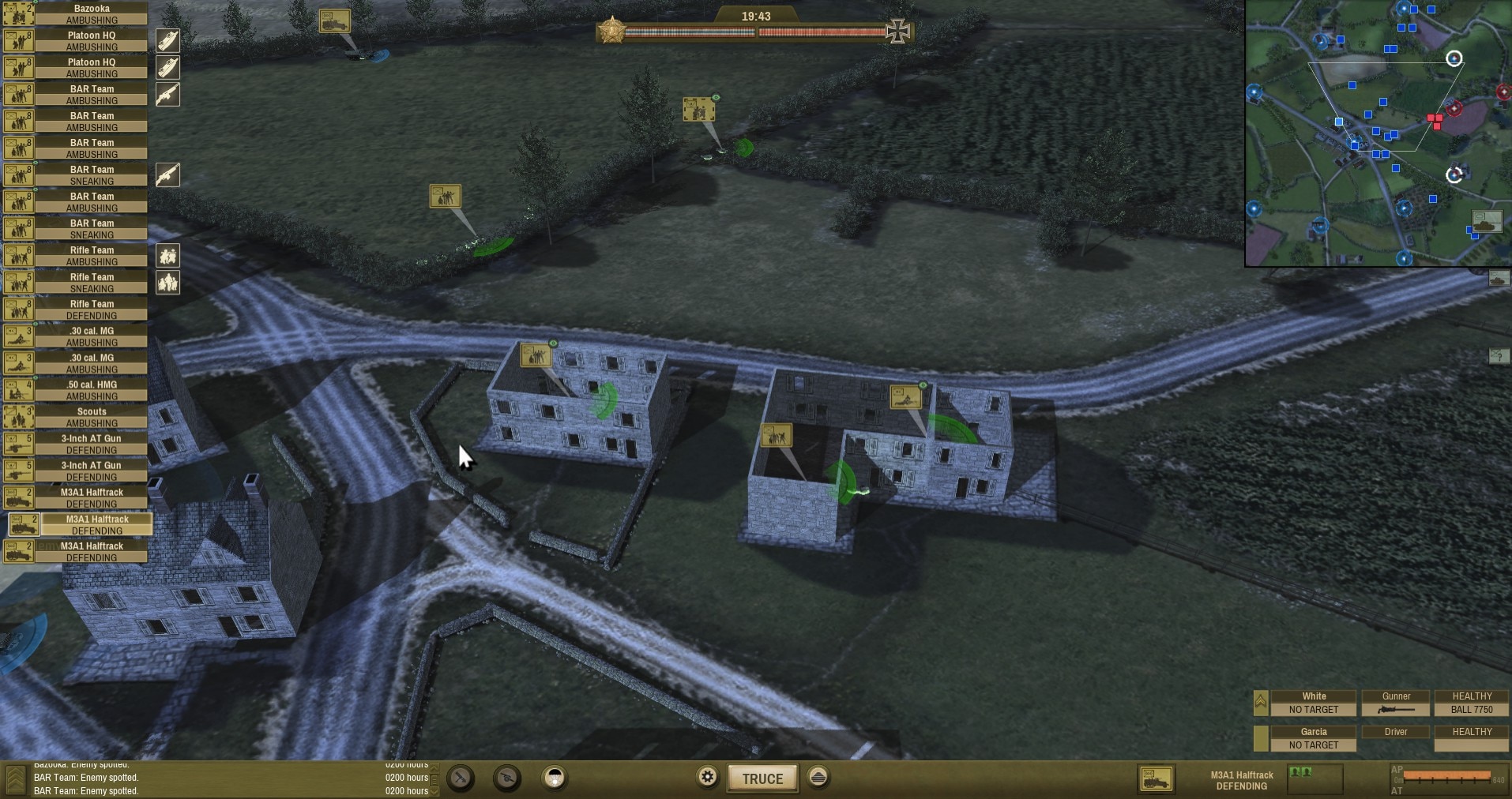 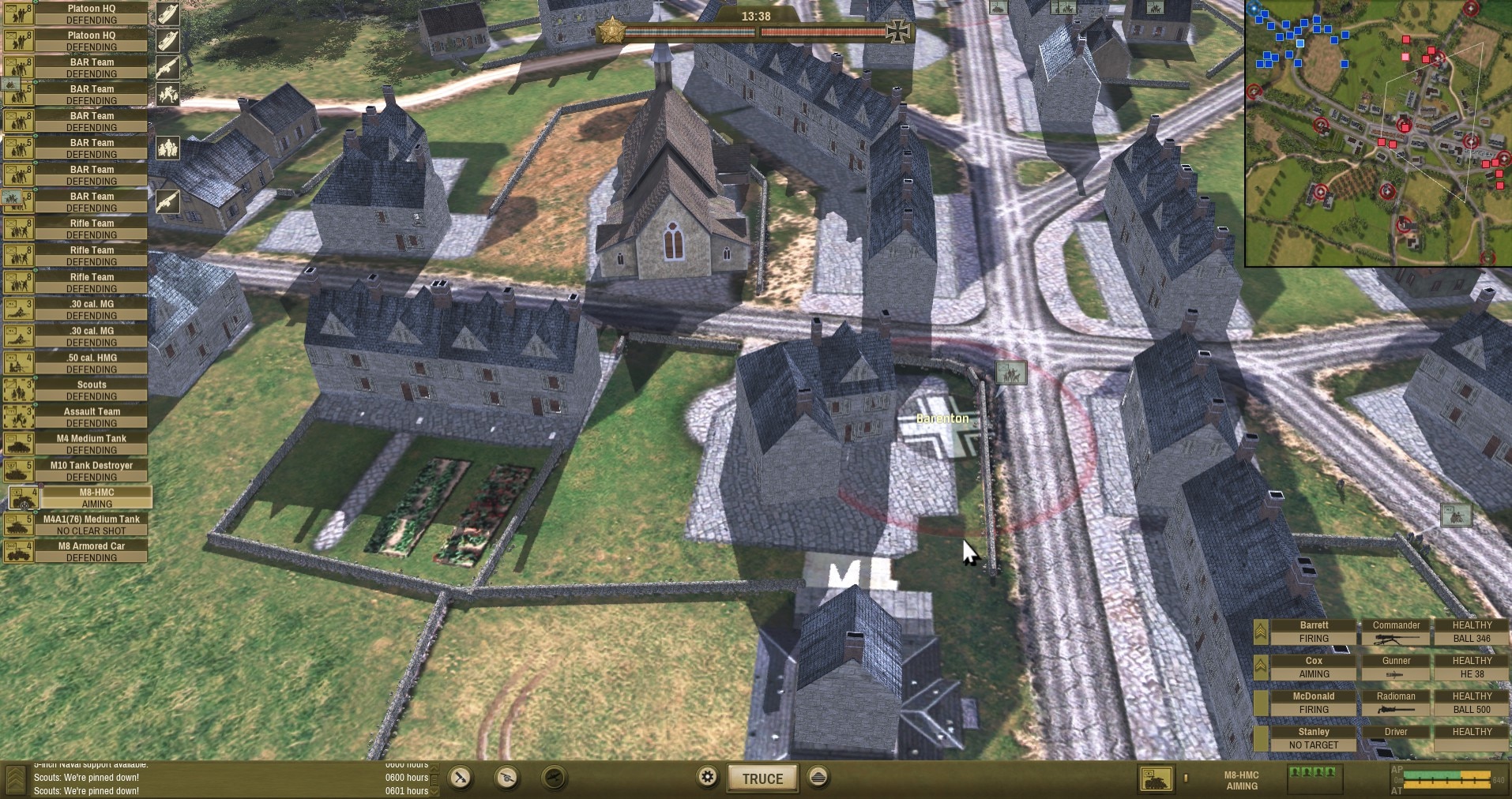 This time I have added just 7 maps, there were not need of more maps, even I could make less maps. I prefer with this game just two or four maps for one operation in a similar way to the original game.

I would like continue adding more small operations in a future. Even I can see a Ardennes operation just with few mayor maps, Bastogne and few more. There are not need from add thousands. I can use some operations from the CC3 West Front mod. It is a very good example. I played it few time ago (just two years 😀 ) in the COI. 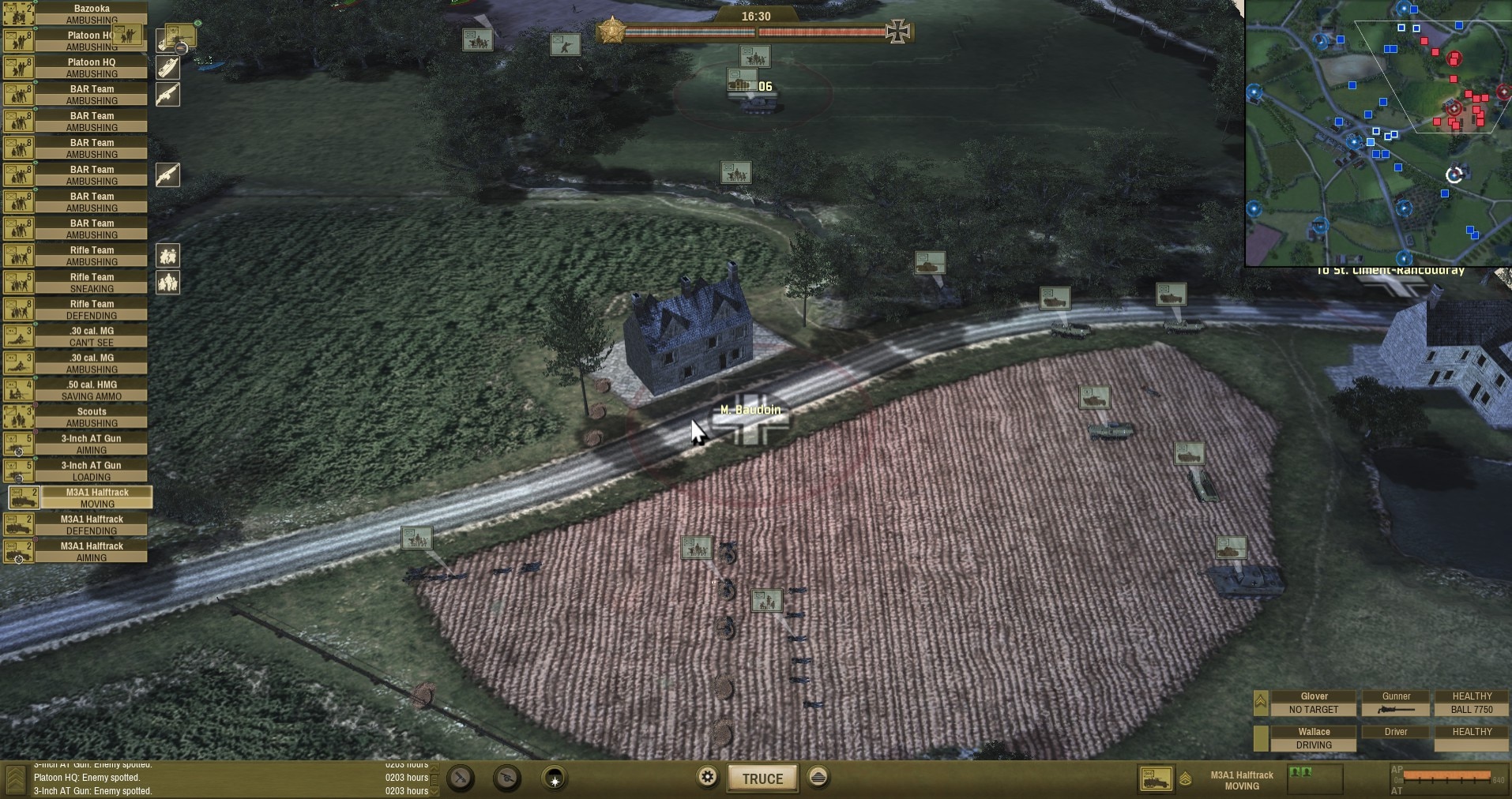 The operation will give access to some maps depending from your performance in a similar way to the Kasserine pass in the original game where you play some maps if you lose and others if you win. It will make the operation a bit more random. With the Americans faction you will be able to play two maps more if you get a mayor victory in two previous maps.

With the Germans, it will be similar. Your counteroffensive will be different if you have good progress. 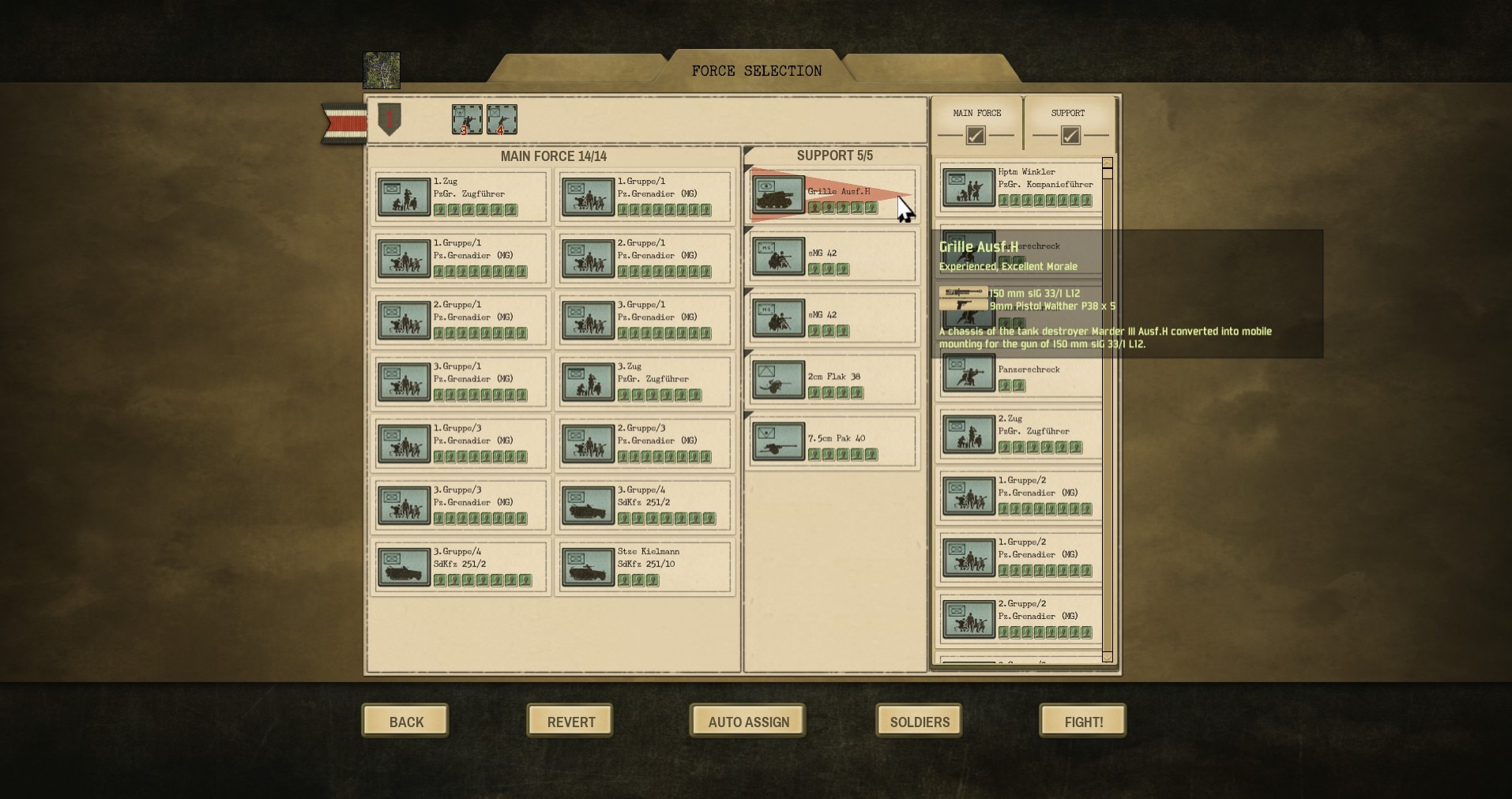 There are some new vehicles with both factions. 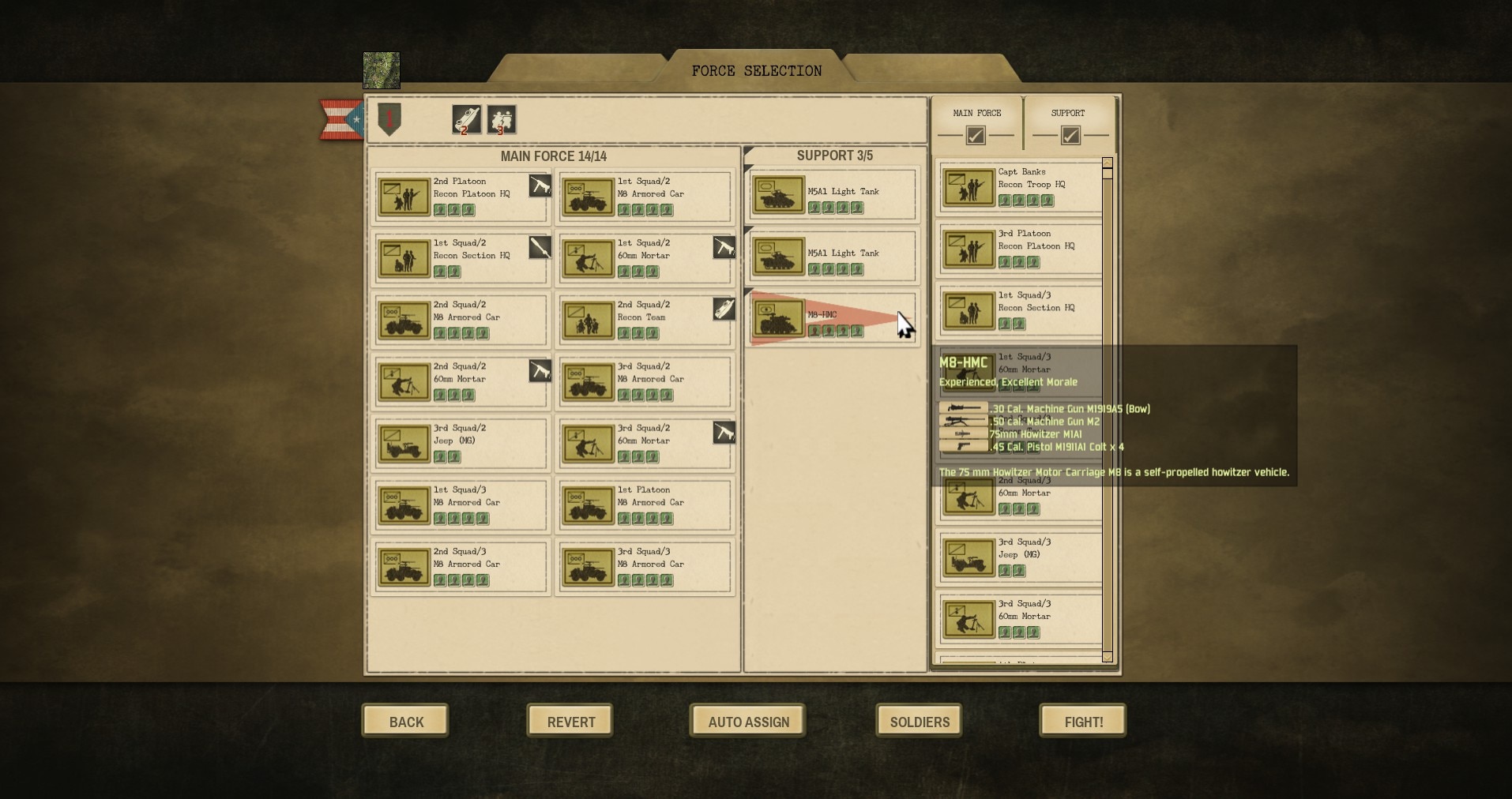 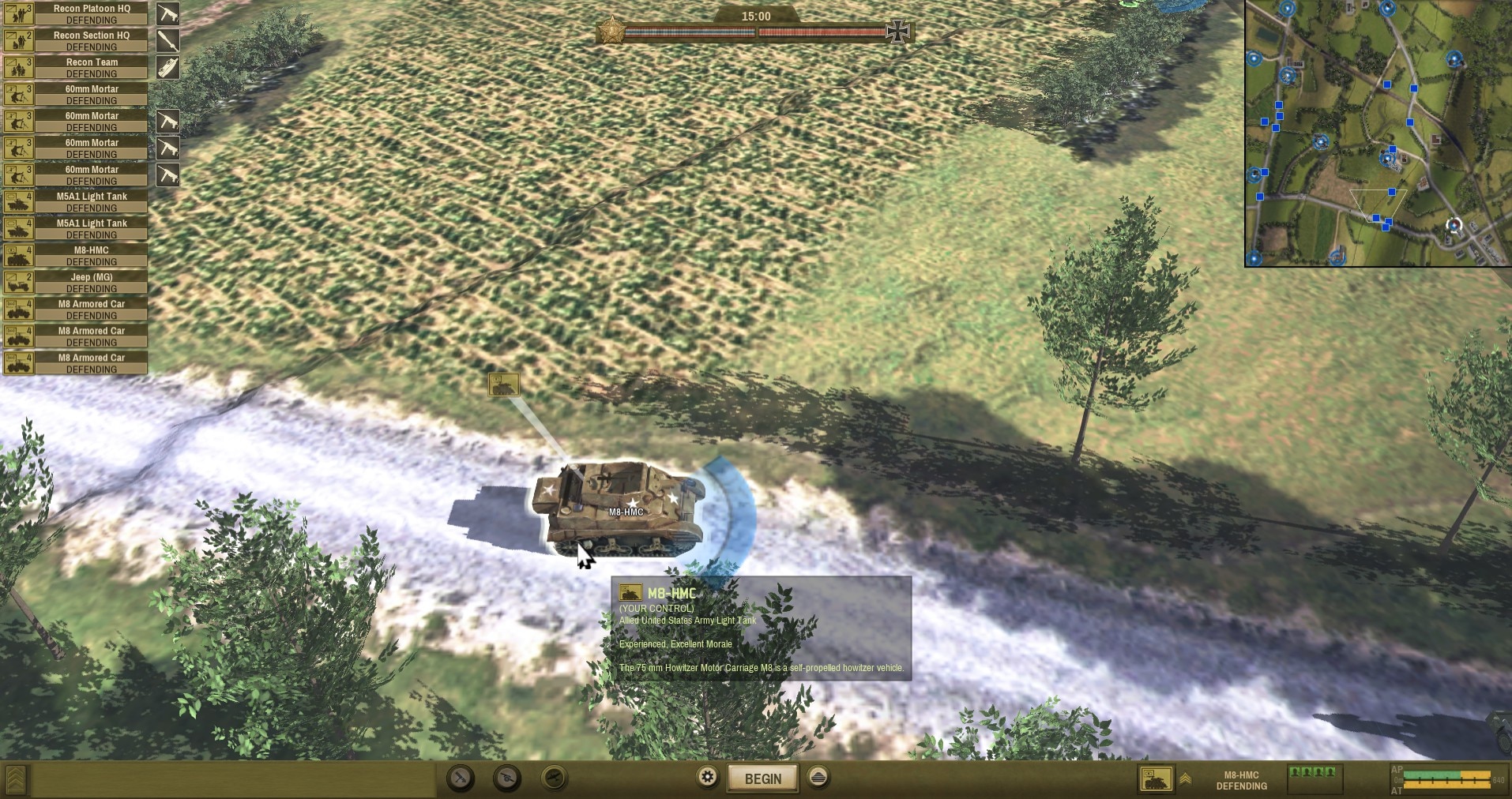 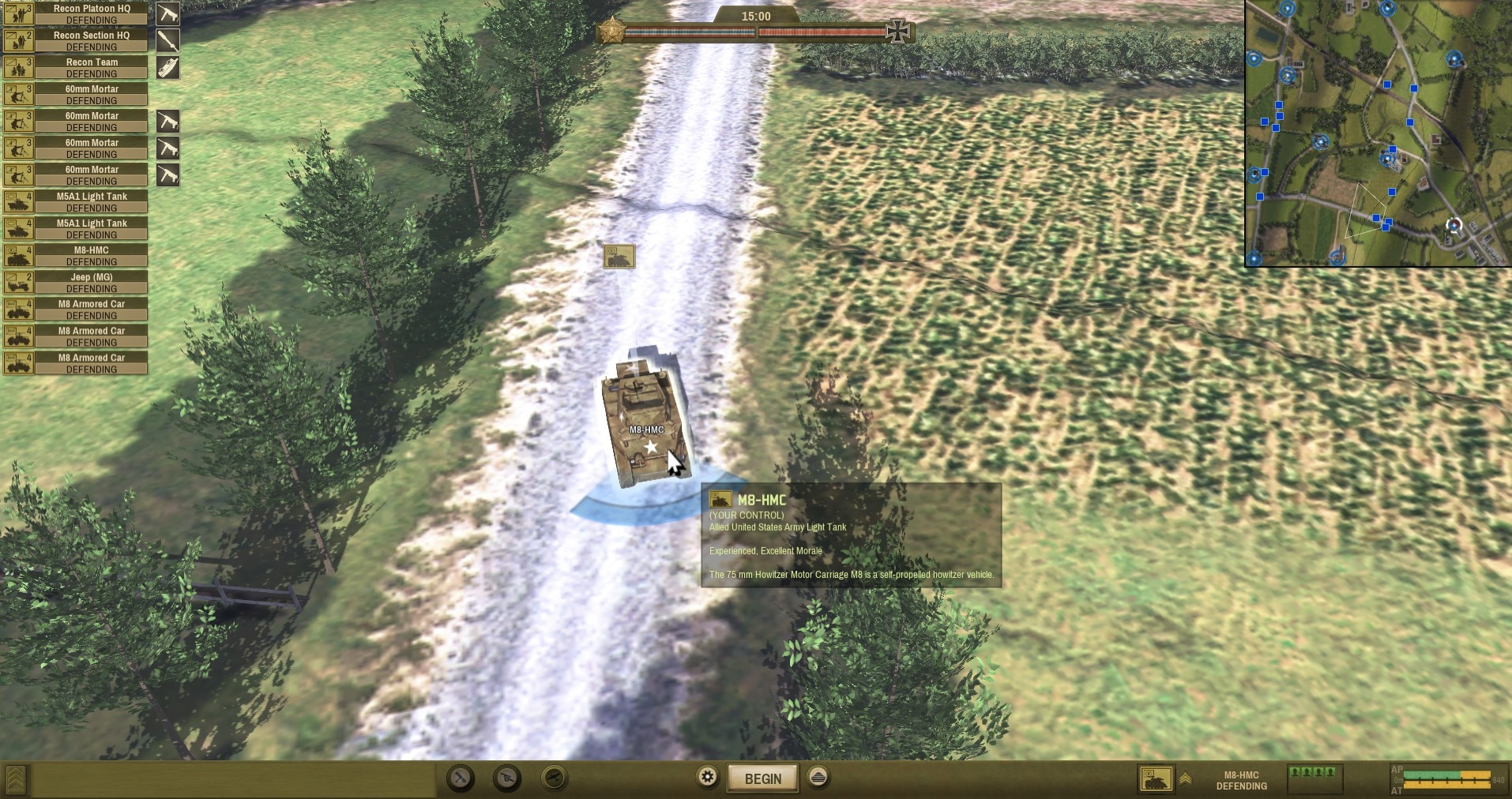 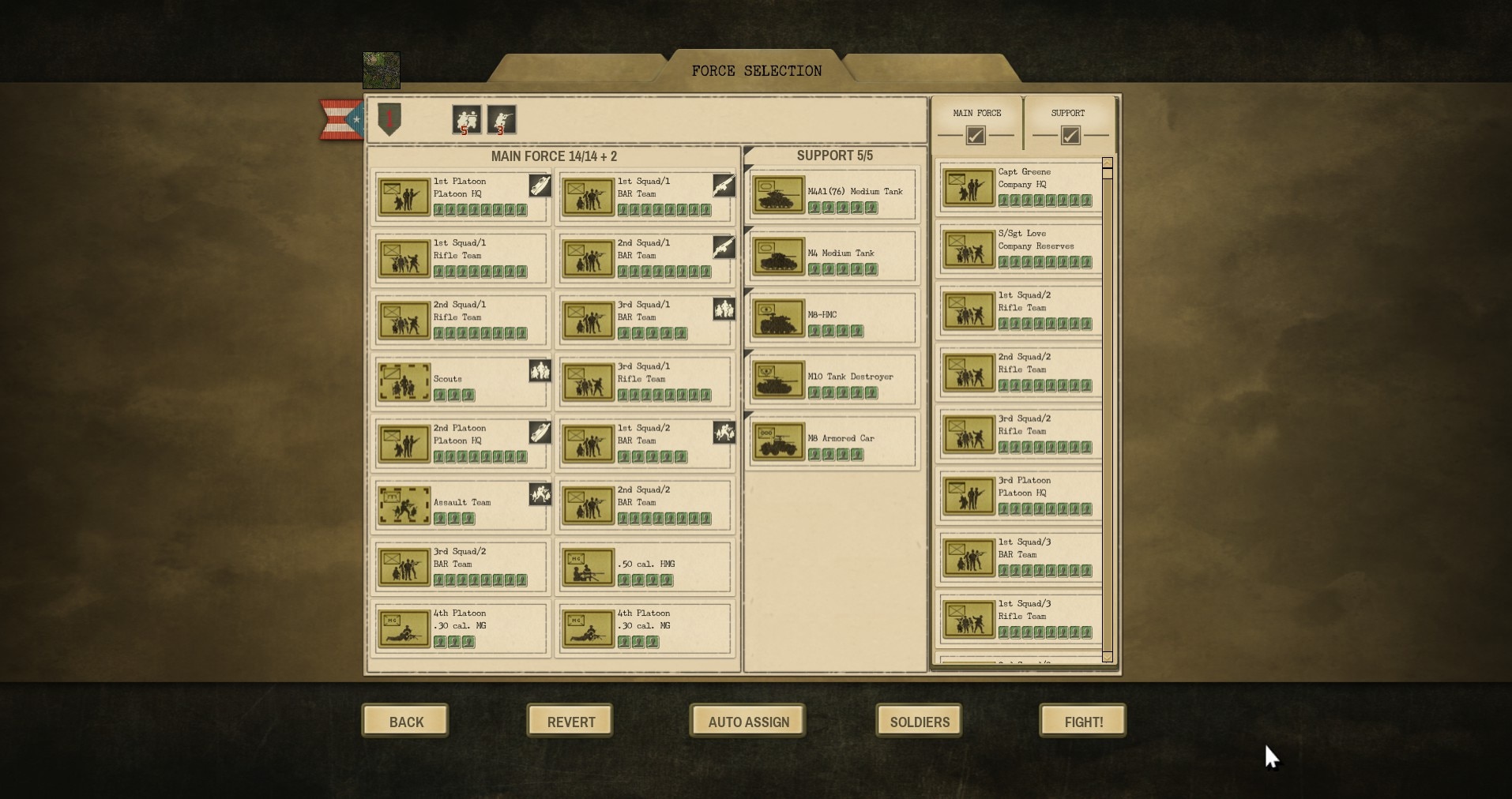 The numbers of vehicles or other additional support units added in each map are limited in a similar way as the Normany version. It prevents any big advantage from you and the AI. If I had added a reserve with 5 tanks, the AI will use them in a single battle and the game will be less fun. 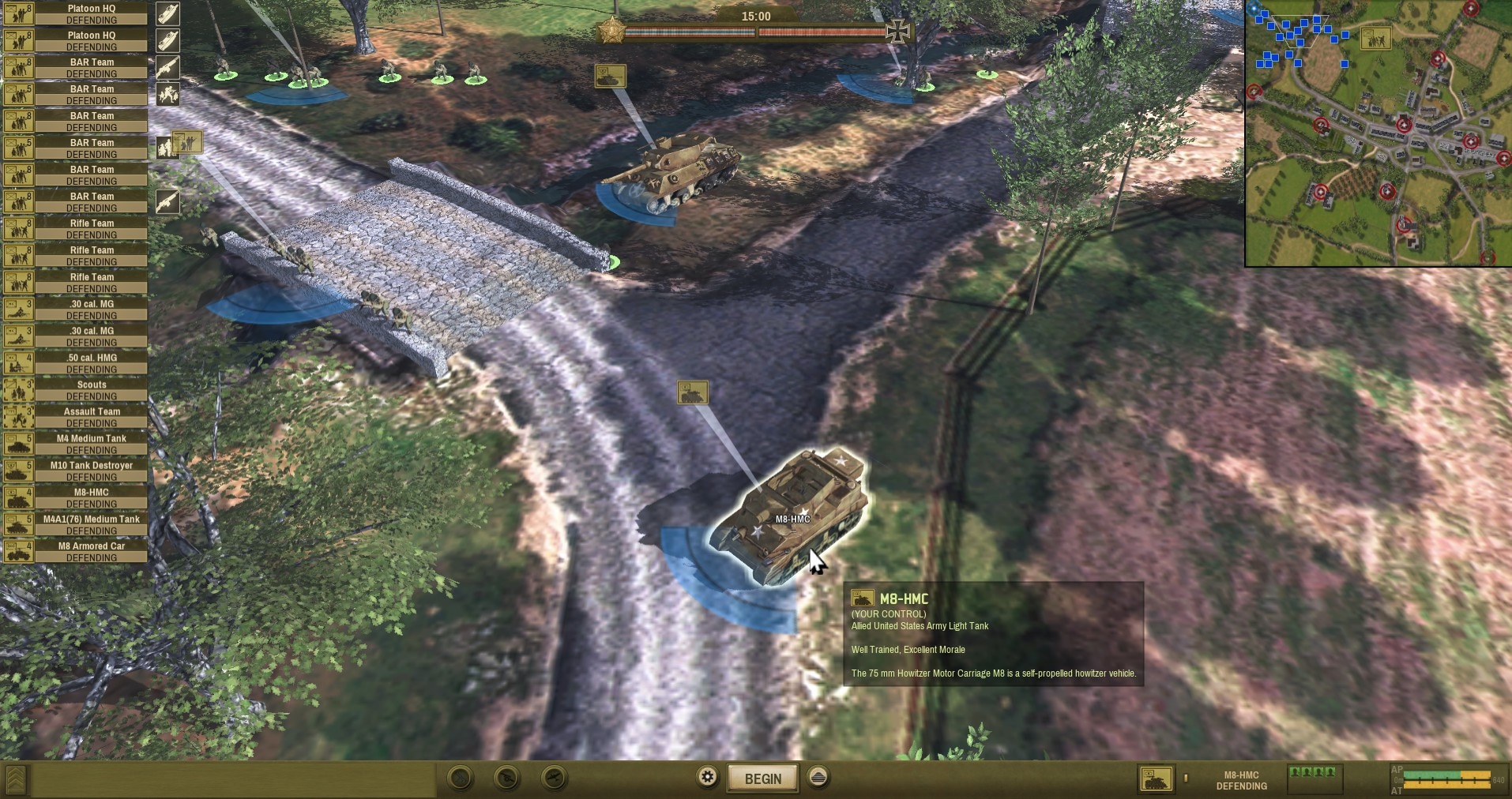 In the original game, the AA 0.50 weapons from vehicles as the M10 are not used but I like classic ideas and these weapons were used in battle against ground enemies. The M8-HMC can use it. 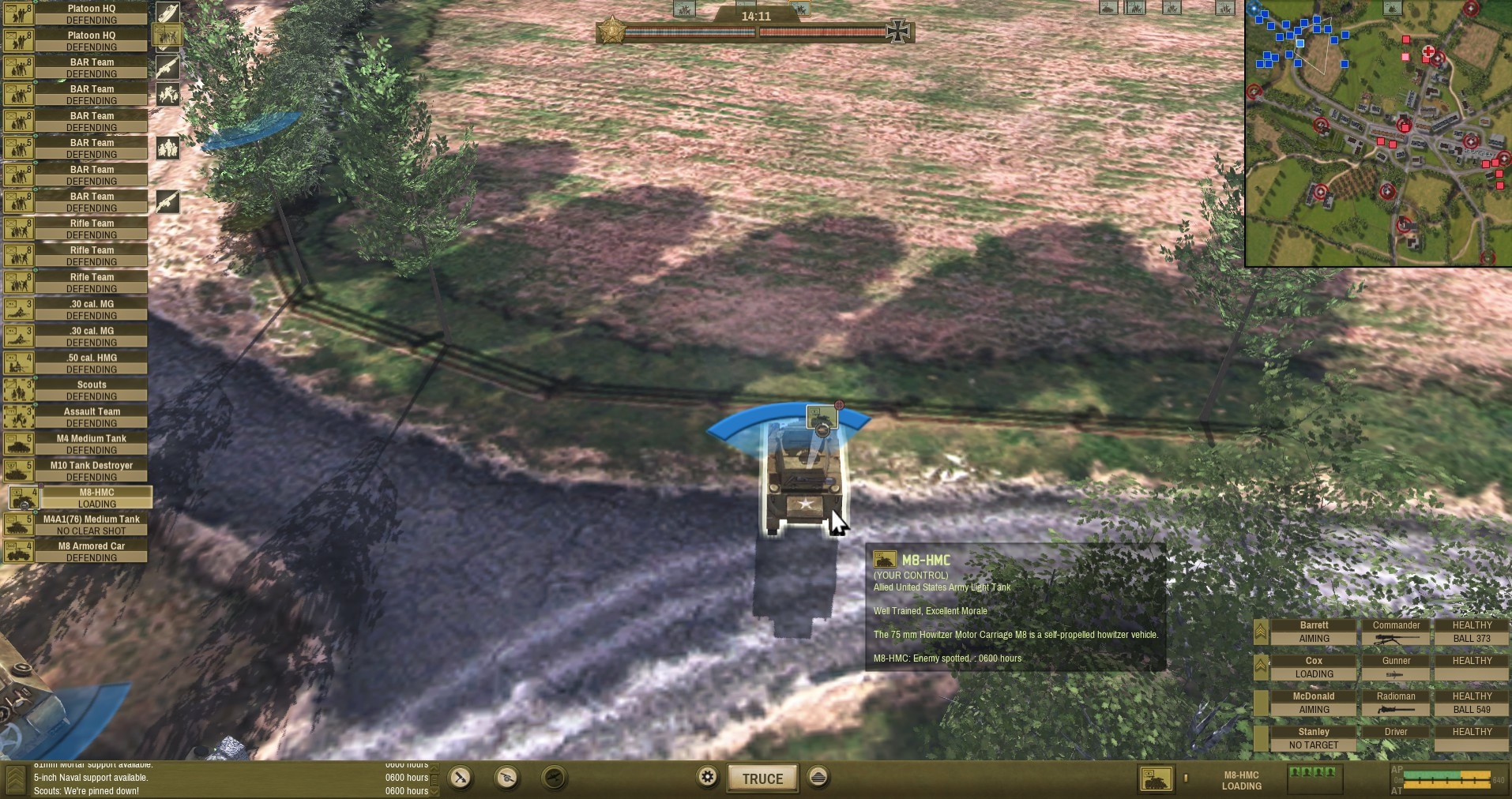 Nothing new here, a M4A1 76. At theory I have used the model from a A3 but I had not other and the differences were minimun. I did not want to use the original because it was very different compared to other models. 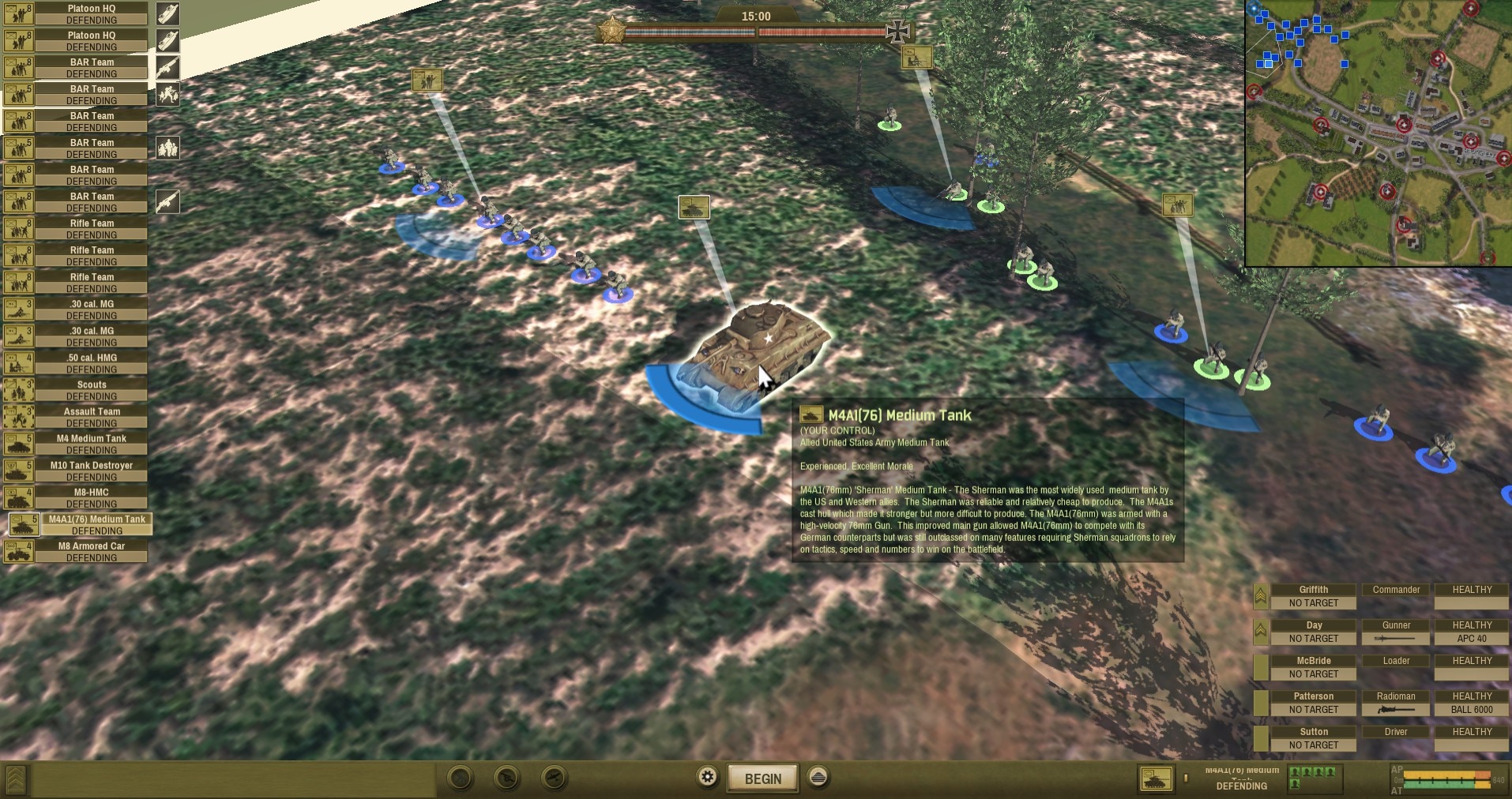 For end the news, this is the Cobra Operation but the mod is one single mod, you can play Normandy and next jump to the Cobra, both are part from the main campaign with Allied and German versions. Both different in progress. But you can play with all factions, all the campaigns, just sometimes German or Allies are playing defensive battles.